Nick Diaz recently made his return to MMA. Likewise, Diaz is one of the fan favorites in the octagon. But it's just for his fighting prowess; no, his story makes the fans fall in love with the MMA fighter. Although Nick has a massive fan following, he enjoys keeping his love life away from the spotlight. Likewise, Nickolas fans know about his girlfriend's tragic story from high school.

Diaz also keeps his love for his late girlfriend alive by reminding himself to make it as a fighter. Nick became a bit more sombre after the death of his girlfriend. But, it also gave the MMA fighter a reason to make it big in his field of expertise.

Nick Diaz mentioned in many interviews that he didn't lead a good life growing up. Besides, the talented fighter also stated his girlfriend was the only thing good about his high school life. Diaz told MMA Boxing that his girlfriend in high school, Stephanie died by suicide. 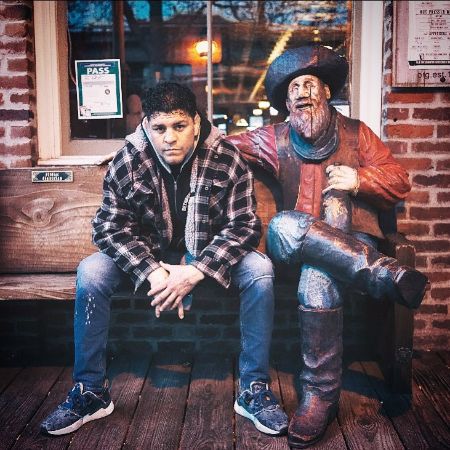 Nick Diaz posted a picture on Instagram where he sat by a wooden statue. SOURCE: [email protected]

Stephanie walked into the freeway and died in Frontage Road on Highway 99. Further in the interview, Diaz also stated that his high school sweetheart had tried to kill herself twice, and on her third attempt, Stephanie succeeded.

Although much about the late Stephanie remains hidden, Nick stated that she was going to college and was a straight student. Moreover, Stephanie and Nick were at a party hosted by their mutual friend on the night she died.

And to make Nick jealous, Stephanie went out with the said mutual friend. But, the duo didn't say anything to the friend because he would carry a gun. But on July 5th, 2000, Stephanie told Diaz that she loved him. And a few hours later, Nick would find his love would be no more. If you or somebody you know is having a tough time and have suicidal thoughts, then please go through this LINK.

The tragic death of Nick's high school sweetheart pushed him to become one of the greatest MMA fighters. Moreover, Diaz also said he runs seven miles to his late girlfriend's grave daily. And there, the MMA fighter would promise his departed love that he would be one of the greats in mixed martial arts.

Did Nick Diaz date after the death of Stephanie?

Yes, Nick Diaz dated a couple of women after breaking out as a pro fighter and the death of Stephanie. Furthermore, the most public relationship that Diaz had was with Heather Nikole. Moreover, the duo, Nikole and Nick, started dating after the 2010s if the rumours are to be believed. 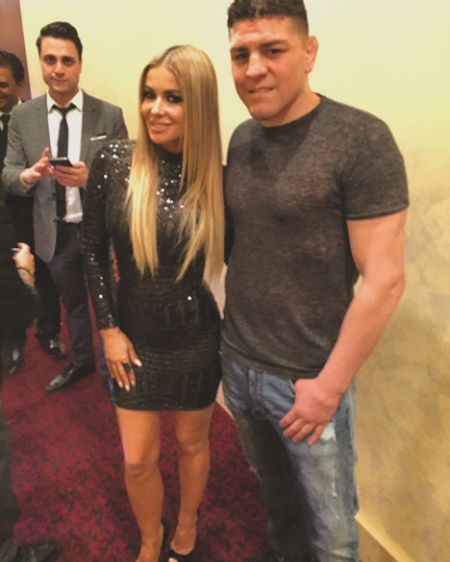 The fans spotted Nick and his ex-girlfriend on many vacations and travel together. What's more, Diaz even tagged and posted pictures with Heather on Instagram. But, Diaz removed all of their images together from Instagram. And by 2015, the MMA fighter and Nikole decided to walk away from their relationship as quietly as they started it.

After the breakup, Nick kept his love life hidden and away from the limelight. Similarly, Nikole moved away from the spotlight and even turned her Instagram private. But given her profile picture on IG, she moved on and has a partner.

Background and Early Life of Nick

Nick Diaz was born in Stockton, California. Likewise, his parents named him Nickolas Robert Diaz. And his mom and dad welcomed him on August 2nd, 1983. Besides, Nick's family comes of Mexican-American descent. 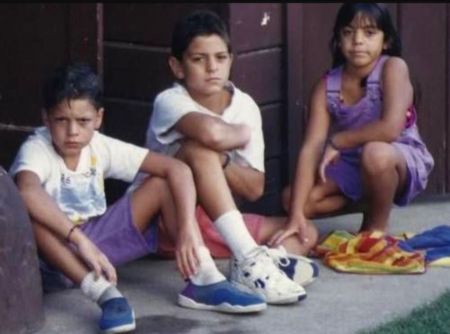 A photo of Diaz's siblings was posted by Nick Diaz's bother Nate Diaz and Nina Diaz during their childhood. SOURCE: [email protected]

Melissa Diaz raised Nick and his two siblings mostly by herself. Likewise, Diaz's father was around during Nickolas's childhood. The name of Nick's dad remains hidden from the world.

Speaking of families, Nick's younger brother, Nate Diaz, also followed him to the MMA scene. And the youngest of his sibling, Nina Diaz, stay hidden from the world. Moreover, Nick and Nate teach jiu-jitsu in Lodi, California.

Currently, the MMA fighter leads a comfortable life. But that wasn't the case during his early life. Since Nick came from a low-income household, kids at school picked fights with the future MMA fighter.

Diaz also stated in an interview that he moved schools a lot. Furthermore, Nick also said he couldn't keep track of how many fights he fought during middle school.

And in high school, Nick got kicked out of school for fighting. Likewise, Diaz tried his hand at continuation-high school but was again kicked out.

Training as a Fighter From a Young Age

Nick Diaz started his journey as a fighter from a young age. Likewise, Diaz first started in karate. And soon after, he started training in aikido very early in his life. 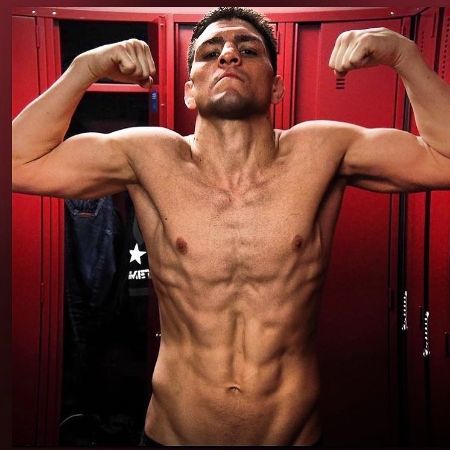 Nick Diaz took a picture as he flexed the locker and posted it on social media. SOURCE: [email protected]

Aside from karate and aikido, Diaz also practised wrestling. Moreover, the MMA fighter participated in Wrestling tournaments throughout his teen years.