Being born to a reputed family always gives oneself a lot of opportunities ahead in life. Myla Rose Federer is the celebrity daughter of Swiss professional tennis player Roger Federer. Myla is very much early in her career to gain her fame and name.

Myla Rose Federer was on July 23, 2009, in Switzerland. She is among the four children born to Roger Federer and his wife, Miroslava Vavrinec. Myla was born with her twin sister, Charlene Riva Federer, and has two younger twin brothers Leo Federer and Lenny Federer. Both of her parents are tennis players. Her mother retired from tennis in 2002 after suffering from an ankle injury. Federer must be in her middle school and enjoying a happy life through her parent's successful career.

Roger Federer's Net Worth and Earnings

Myla is very much early to start her economic career. However, She has been part of numerous shows and ads which pay her a good amount. Rose is living a lavish lifestyle through her father's successful career. 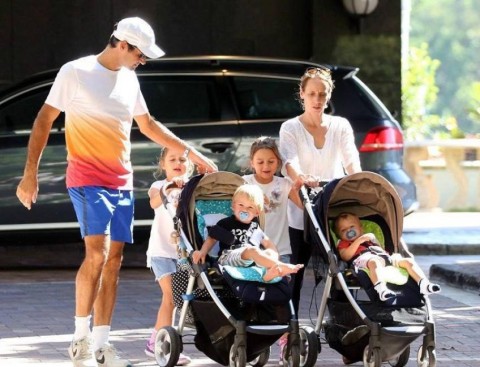 The family photo of Myla Rose at their leisure time SOURCE: Getty Images

Myla's father, Roger Federer, has an estimated net worth of more than $500 Million. Although He has won $130 million in prize money in his career, the total is dwarfed by his off-court earnings from appearances and endorsements. His unmatched endorsement portfolio of blue-chip brands makes him just the sixth athlete. He is the first tennis player to rack up $1 billion in career earnings while still active.

Tiger Woods, Floyd Mayweather, LeBron James, Cristiano Ronaldo, and Lionel Messi are in the 10-figure club joined by Roger in 2021. In 2021, He took home a staggering $90 Million as his earnings and ranked himself at No.7 among the world's highest-paid athletes.

Myla currently resides in the £6.5 million modern mansions in Zurich. The house spreads over 1.5 acres and is three-story, consisting of two separate apartments, one for himself and his family and another for his parents. 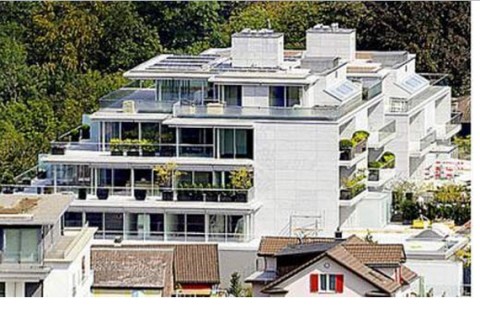 Myla lives in the £6.5 million Mansion in Zurich SOURCE: Pinterest

The lavish mansion also offers a swimming pool, a spa, a gym, and underground parking.

Myla's father and mother Roger Federer and Miroslava Federer walked down their wedding aisle on April 11, 2009, at Wenkenhof Villa near Basel. They first met each other at the 2000 Sydney Olympics and started dating shortly after that. In July, The family two extended to four with identical twin girls, Myla and Charlene Riva Federer. Myla and her siblings watching their father's game at Wimbledon SOURCE: Getty Images

In early 2014, Roger opened about expecting their third child. To everyone's surprise, the duo was blessed with another pair of identical boys, twins Leo Federer and Lenny Federer. Miroslava keeps taking their children to attend their father's game regularly. Both of them seem to be very much supportive of each other.