Let's dig into the article and know in detail about Charlie Woods.

Tiger and Elin were introduced during The Open Championship in 2001 by Swedish golfer Jesper Parnevik, who had employed her as an au pair. The couple tied the knot on October 5, 2004, at the Sandy Lane resort in Barbados, and lived at Isleworth, a community in Windermere, a suburb of Orlando, Florida. 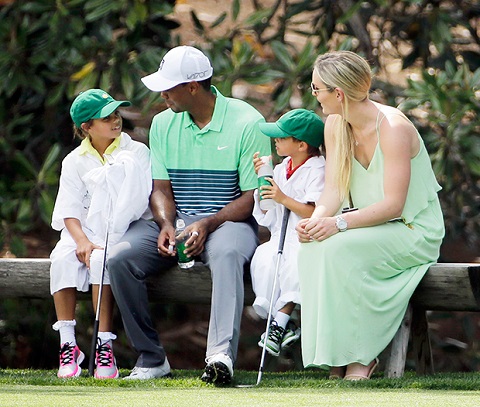 Tiger Woods of the United States walks across a green as his girlfriend Lindsey Vonn, son Charlie, and daughter Sam  SOURCE: Getty Images

In 2013, Woods started dating Olympic gold medal skier Lindsey Vonn. They broke up in May 2015. From November 2016 to August 2017, he was rumored to be dating stylist Kristin Smith. Reportedly, Wood has been in a relationship with restaurant manager Erica Herman since late 2017.

Following his father's footsteps, Charlie began his interest in golf at the age of four in 2016, he played in his first golf tournament, a U.S. Kids Golf event in Florida. In that tournament he finished second, shooting 55 for nine holes. 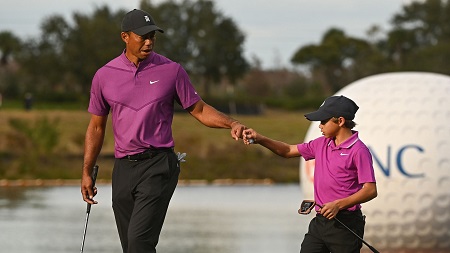 Charlie previously won two events on the South Florida PGA Junior Tour. His dad acted as his caddie, and the golf pro said he was reliving his glory days through his son. “I wish I had his move,” Tiger said.

Born with a silver spoon in his mouth, Charlie Woods' life has always been lavish. His father, Tiger Wood has an estimated net worth of $800 million. Most of his wealth is from his salary and endorsements.

Charlie Woods was born Charlie Axel Woods on February 8, 2009, in the United States. His parents moved on shortly after his birth in 2010 and his mother received $100 Million in a divorce settlement from the world's most famous golfer, Tiger Woods. He has an elder sister Sam Alexis Woods.