Murat Gassiev is a talented Russian professional boxer who competes in the heavyweight division. He is a former WBA (Unified) and IBF cruiserweight champion, who currently holds the WBA International heavyweight title.

Hailing from the suburbs of Vladikavkaz, North Ossetia-Alania, Russia, Murat Gassiev was born in 1993. He celebrates his birthday on the 12th of October every year. The 27 years old pro boxer's birth name is Murat Georgievich Gassiev, and his nickname is Iron.

While his father's name is known to be Georgiy Gassiev, Murat's mother's name is yet to be disclosed. Apart from his parents, he has an older brother. When he was just 8 years old, the 6 feet 4 inches tall boxer's father passed away. Afterward, his mother took care of the family.

Following his father's death, Murat and his older brother began to work as a construction worker to meet the family's financial needs. Soon, Murat developed an interest in boxing, football, and wrestling. But, in the end, he became more focused on boxing. 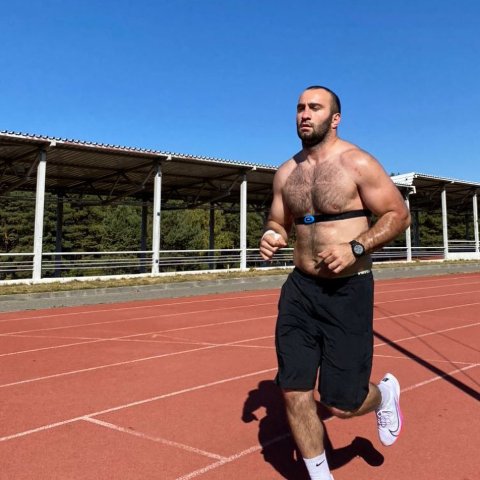 In his pursuit of becoming a boxer, he was largely helped by his older brother. He made his amateur career debut at a young age. As an amateur, he fought in a total of 25 bouts. On September 21, 2011, he made his professional career debut against Roman Mirzoev, which he won via a unanimous decision.

On July 21, 2018, Murat's 26-match winning streak was broken when he was defeated by Oleksandr Usyk via a unanimous decision. Not only he lost the match but also lost his WBA (Unified) and IBF cruiserweight titles. In 2019, he took the decision to shift to the heavyweight division.

On October 31, 2020, he faced Nuri Seferi for the vacant WBA International heavyweight title. Murat won the match and captured the title. As of now, he is looking forward to successfully defend his title when he faces Michael Wallisch on July 22, 2021.

Murat Gassiev has managed to accumulate an estimated net worth of around $1 million - $2 million. The Russian boasts such great net worth from his almost a decade-long professional boxing career. As per sources, the average salary of a pro boxer is around $37,501 per year, with some earning up to $70,000.

Additionally, he also earns a decent amount from sponsorship deals. Thanks to his good earnings, he is living a lavish life and has a decent lifestyle. Furthermore, his good earnings have also laid the opportunity for him to explore different places.

Murat Gassiev is very private when it comes to his romantic relationship. To this date, he has not shared any detail about his relationship status in the media and public. Likewise, he hasn't shared pictures with a possible partner through his Instagram handle. The Russian pro boxer is mostly seen sharing pictures related to his career, with friends, and coaches/trainers. Additionally, there have been no rumors of the boxer dating anyone in the past. Considering all of that, it looks like either he is private about his love life or he is single for real.