Moruti Mthalane was born on October 6, 1982, in Gauteng, South Africa. He is among the seven children born to Rita Mthalane and her husband, Michael. His father was a taxi owner and drove a taxi for his living, and his mother was a dressmaker. His father passed away when He was fifteen. Moruti holds South African nationality. Moruti fights under the Flyweight division. Mthalane stands five feet and six inches tall and weighs 51 kgs. 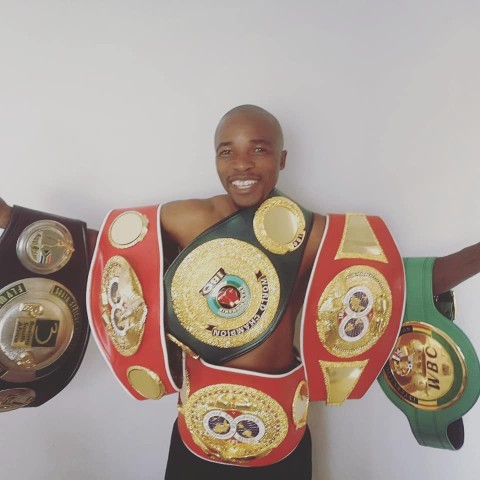 CAPTION: Moruti is yet to lose a single match for almost a decade SOURCE: World Boxing News

In September 2004, Moruti fought for a title against Nkqubela Gwazela. However, He lost his first professional game and the title in the tenth round via TKO. In 2006, The fighter got another chance for the South African flyweight title and won the sixth round via KO against Akona Aliva. He retained his title in the next two matches. In 2007, Moruti won his second title of vacant International flyweight title against Apol Suico.

Father of a son

Yes, You read that right. Moruti is a married man living a happy married life along with his wife and their son. Mthalane tied his wedding knot with his longtime girlfriend, Thando, in the early 2010s. Shortly after the wedding, the duo welcomed their first child, a son. Lwazi in 2012.

The South African boxer is very much private about his personal life. Unlike other boxers, he does not show much presence in the media and has successfully kept them away from the spotlight.