News 22 year old MMA Fighter Pierre Ludet found dead in his apartment, What was the cause?

22 year old MMA Fighter Pierre Ludet found dead in his apartment, What was the cause?

Young MMA fighter Pierre Ludet was found dead in his residence on January 25, 2022. Pierre, who used to fight in the flyweight division was only 22 years old during that time.

How did Pierre Ludet die?

As per authorities, the French MMA fighter Pierre Ludet's death cause was due to a heavy wound from the gunshot. And he himself was the one who fired the gun, which was his service weapon. 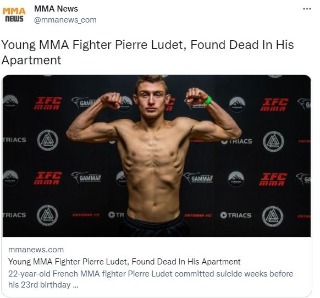 He was also a member of the French National Police Force.

Though it is confirmed that he died of suicide, officials have not been able to find yet why he committed suicide.

Pierre Ludet is an MMA fighter from France who made his debut in amateur fighting in November of 2017. 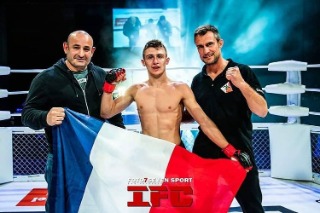 The French fighter was on an amazing record with 8 wins and just 1 loss in his total career. 6 of his wins were after he turned pro. And the only fight he lost was against Assu Almbaev. Most of his wins come from a knockout and submission.

He made his first pro debut on October 28, 2017, against Sami Yahia which he won by Knockout.