In the past weekend, Miles Austin received an indefinite suspension, a year-long at minimum, for gambling. The NFL suspended Austin for violating the league's gambling policy. However, Miles won't be taking the forced hiatus as quickly. After the NFL announced his suspension, the Jets' wide receiver coach called his attorney.

Bill Deni, Austin's attorney, provided a statement that contradicted the NFL's reason. While it was confirmed that the coach gambled, he did it on a legal mobile account on the table and non-NFL professional sports. Bill also stated that Miles is now appealing the suspension. Let's take a deep dive into the issue at hand.

Miles Austin is suspended from NFL for a year!

After the suspension was hammered onto Miles Austin, his name became a hot topic. On December 23, 2022, the NFL announced Austin's suspension. According to the NY Post, the league decided on his hiatus because he broke the gambling policy instated by the NFL. 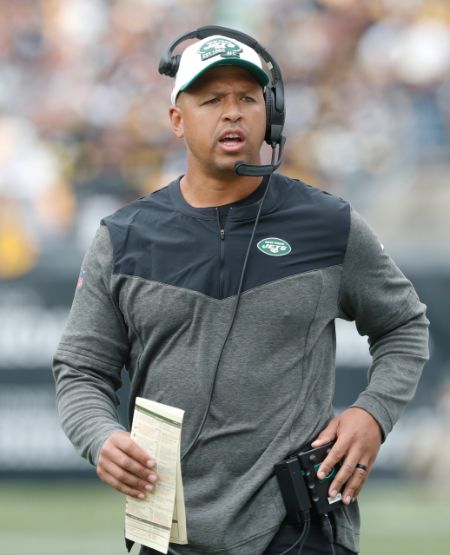 Miles Austin worked as a WR coach on the field but was recently suspended from the NFL. SOURCE: profootballrumors

Austin made a wager through a "legal mobile account" on the table and non-NFL sports. At the same time, the policy allows employees to gamble; for example, NFL personnel can gamble in legal casinos. However, gambling or betting on sports is a big no for those working with the league.

The National Football League placed an indefinite suspension that could be a one-year suspension on the Jets' coach. Meaning for a year, Miles will not be paid his salary, and the team could let go of the coach. As such, Austin appealed his suspension to the league.

Miles Austin hired an Attorney and appealed for his suspension!

The Jets Wide receiver coach appealed for his suspension. He and his attorney Bill Deni provided a statement of the gambling adventure. In the report, Bill pointed out his client was betting from a legal mobile wagering account. Likewise, Austin was gambling on a table and non-NFL professional sport. 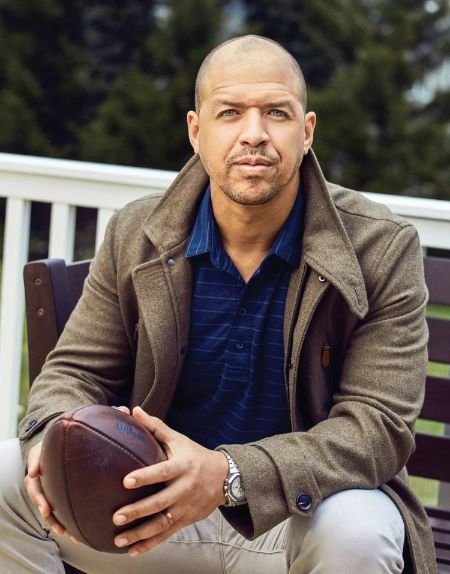 Miles Austin took a picture in his backyard while holding a football; he appealed for his suspension from the NFL. SOURCE: Monmouth

For years, Austin worked in the NFL as a player and a coach. In his many years, Austin never betted on any NFL games. However, as a coach, a person isn't allowed to bet on any other sports. While he appealed for his suspension, the final decision on the matter rests solely on the league.

Even with legal help, the Jets coach will probably still receive the suspension. The league hasn't finalized its verdict and will be hearing Austin's appeal. Since the gambling policy is a bit different for players and coaches, Miles may have misunderstood the guideline.

As mentioned earlier, coaches cannot bet on NFL or other sports. However, players can bet on different sports besides football games. And since Miles Austin is an ex-player, he might have thought the rule also applied to him.

Austin isn't the only high-profile suspension in the NFL in 2022. Calvin Ridley, the wide receiver from Jacksonville Jaguars, was also suspended in early 2022 for gambling. Interestingly, Ridley decided to gamble on NFL games.

Miles Austin pocketed hundreds of thousands as his salary!

The suspended Jets coach, Miles Austin, earned hundreds of thousands from his salary. Likewise, the talented athlete and coach made millions in his hay day. Before his suspension, Austin earned around $500,000 from his job at New York Jets. Miles Austin wore the player's uniform, and on the football field, he played football as a player for almost a decade. SOURCE: Instagram

Miles still holds massive assets even after the forced hiatus. Austin owns an estimated $4 million as his net worth. While it is true he earns an enormous salary as a coach; Miles earned millions a year in his days as a player.

Austin started his NFL career with Dallas Cowboys in 2006 and parted ways with them after the 2013 season. The Cowboys paid Miles around $57 million for his time with the NFL team. His final paycheck as a player came from Philadelphia Eagles. In 2015, Austin joined the Eagles with a one-year deal with a pay of $2.3 million.

After a break from football, Miles Austin joined Dallas Cowboys as a scouting intern. While he received an opportunity to become a wide receivers coach, it later went to Sanjay Lal. And in 2019, Miles joined the San Francisco 49ers as an offensive quality control coach. But he later left the 49ers after losing to Kansas City Chiefs.

New York Jets hired Austin as their Wide Receivers Coach on January 18, 2021. And for a year, things for the WR coach went smoothly. But he now faces a suspension for violating the NFL's Gambling policy. From the looks of things, Miles could be facing a year-long suspension at minimum.