Miles Jonathon Austin III, well-known by the name Austin Miles, is an American football coach and a former NFL player who played wide receiver in his active career. Indeed, he served as a wide receiver coach for the NFL team New York Jets. As an NFL player, Austin spent most of his career playing for Dallas Cow Boys. Notably. he registered 361 receptions, 5,273 receiving yards, and 37 touchdowns in his NFL career.

Miles Austin, the Jets wide receiver coach, is the Summit, New Jersey man born on June 30, 1984. He was born to Afro-American parents, Miles Austin Sr and Ann Austin, a Caucasian. Further, his zodiac sign is Cancer. The former NFL player is a hugely built coach with a height of 6 ft 2 inches and a weight of 98kg. He is now 38 years old. Regarding his academic qualification, he is a 2005 Monmouth college graduate. Similarly, completed high school at Garfieldbefoire, joining Monmouth.

Details On His Love Life And Affairs

Miles Austin is a married individual. Hi tied his permanent with his high schoolmate Stacy Sydlo on March 1, 2014. Stacy is a physician liaison officer at Mountainside Hospital in Montclair, New Jersey. Besides being his staunchest backer, Stacy is the mother of his three children, Maven, Eva, and Miles IV. 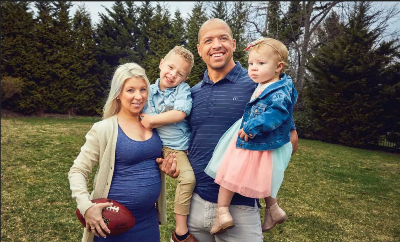 His best man was the Cowboys teammate Jason Written, Tony Romo, and DeMarco Murray. Before his marital life, he dated the model  Kim Kardashian in 2010, which lit up the internet headlines.

How Much Did He Gain from his career? Net Worth

Miles Austin was considered the quick and persistent player on the team. He was a former NFL player and is now a coach for the Jets. Just appearing in the NFL accumulates millions of dollars. But Miles also played and currently serving as a coach for the jets. Thus, we can suspect the paycheck he is getting at the moment. Regardless, his cap cut salary as a Jets wide receiver coach is still yet to be transparent, but during his tenure in the NFL, he made his salary number in millions.

Overall Review Of His Football Career

Before making his NFL appearnce, he initially played at the high school and college levels. Moreover, he also set several individual records for touchdown catches with 12 in the Monmouth Hawks football;l team. Notbaly, he was awarded Monmouth Hall of Fame. The following year of his graduation, he made it to the NFL. The cowboys drafted him in the 2006 NFL Draft. 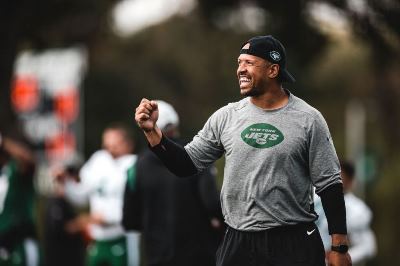 Afterward, he professionally played nine straight years of NFL career for three teams: Cowboys, Cleveland Brown, and Philadelphia Eagles. Expiration of his contract with the Eagles, he officially retired from Football. However, after his retirement, he contributes to American Football as a wide receiver coach for the New York Jets.