Mike Pettine is a well-known American football coach. He is currently working as the assistant head coach for the Minnesota Vikings in the National Football League. Pettine started his coaching career in 1993. Mike has served as the defensive coordinator for the Buffalo Bills, New York Jets, and Green Bay Packers.

Mike Pettine was born Michael Mark Pettine on September 25, 1966, in Doylestown, Pennsylvania. He is the son of Mike Pettine Sr and Joyce Pettine. Pettine graduated from Central Bucks High School and enrolled at the University of Virginia. Talking about his physical appearance, Mike stands six feet and weighs 85 kg.

Mike Pettine has an estimated net worth of more than $5 Million. He credits most of his net worth to his successful coaching career. Mike is among the long-working assistant head coach among the active NFL coaches, Rob Chudzinski and Nick Sirianni. The assistant coach has an annual salary of more than $3.5 Million, as per sources. Mike works for Minnesota Vikings in the NFL SOURCE: NFL

Mike is very early in his career and will be making millions in the future.  Pettine sold his Green Bay House for $740,000 in early 2022. The average salary of an assistant head coach currently working in the NFL is more than $5.5 Million. Sean McVay is the highest-paid NFL coach for the 2022 season, with more than $15 million in annual earnings.

Who is Mike Pettine Married Too? Know About His Wife and Children

Mike is a married man living a happy married life and his wife and children. The assistant coach exchanged his wedding vows with Megan Pettine in the late 1990s. Together they love birds and have six children daughters Megan, Katie, Paige and McKenna, and sons Ryan and Max. 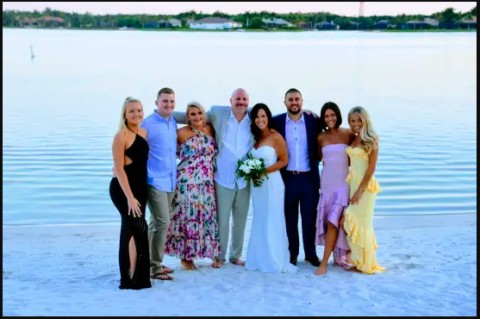 Mike along with his wife and children SOURCE: Pinterest

Mike is pretty private about his married life and children. He does not show much presence on social media and has not shared much about his personal life.

Mike played American football for his High School and was a free safety for the University of Virginia. He did not list his name for the NFL draft and joined his alma mater as a graduate assistant. After graduating from Pennsylvania, Pettine spent four years as an assistant coach under his father at Central Bucks West High School. After working for more than five years with numerous High schools, Pettine joined Baltimore Ravens as their coaching assistant.

Mike was promoted to Assistant defensive line coach in 2004 and then Outside Linebackers coach in 2005. After spending seven seasons with the club, The coach moved to New York Jets as their defensive coordinator. Pettine contributed strongly to the Jet's number one defense in the NFL in 2009. Mike spent a season with Buffalo Bills in the 2013 season and then moved to Cleveland Browns as head coach.

After spending three seasons with the club, Mike moved to Seattle Seahawks as a consultant and joined Green Bay Packers in 2018. In 2020, The coach moved to Chicago bears as a senior defensive assistant and then to Minnesota Vikings as assistant head coach.