Michael Wayne Daniels Jr. better recognized as Mike Daniels is a professional American football defensive tackle who is currently playing for the Cincinnati Bengals of the National Football League (NFL). Upon his collegiate football career at Lowa Hawkeyes, he was picked by the Green Bay packer in the 2012 NFL Draft in the 4th round.

Stratford, New Jersey native, Daniels was born on 5th May 1989, under the star sign Taurus. The thirty-one years is an American by nationality who belongs to the African ethnic background. He stands 6 ft 0 in (1.83 m) tall and weighs 310 lb (141 kg).

How Much is Mike Daniels Net Worth? (Salary, NFL Career Earning, & Contract)

Former packet star is married to his long-time girlfriend, Heaven Daniels, who stay at home mom, mary kay consultant and Co-Host on TV Talk-Show, “The Better Half”. As of 2020, the couple is in their fifth year of marriage. Well, the couple exchanged the vows on 12th July 2014, at Hotel Allegro – Chicago, IL. 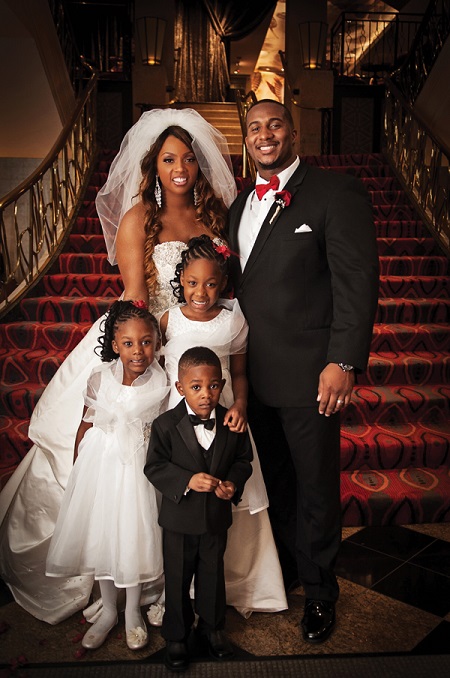 Mike Daniels with his bride and their children SOURCE: munaluchibridal

Their first three children all share the same birthday: Rich Eisen (2012), six-year-old son and three-year-old daughter were all born on August 3. Their 4th child was born in 2018 September.

Mike Daniels is the son of Carlene and Michael Daniels. His elder brother, Sean Daniels is also an American football who plays as a defensive end who is now a free agent and previously has been played for the Iowa Barnstormers, Hamilton Tiger-Cats, and Green Bay Blizzard.

He enrolled high school at Highland Regional High School where he was a three-year letterman in wrestling along with playing football.

In 2012 NFL Draft, Daniels was picked by the Green Bay Packers with 132nd overall in round four. In 2015, he agreed on a new four-year contract extension with Packers. On 24th July 2019, he was released by the Packers after seven seasons.

On 26th July 2019, Daniels signed to Detroit Lions. There he played in nine games prior to being placed on injured reserve on 16th December 2019. On 12th August 2020, he arrived at the Cincinnati Bengals, joining the tea alongside Geno Atkins, A.J. Green, and Joe Burrow.