Kenneth Duane Clark Jr., simply known as Kenny Clark is an American football nose tackle who is currently signed to the Green Bay Packers of the National Football League (NFL). He finished his collegiate career at the UCLA Bruins where he was named a third-team All-American during his junior year when he also earned his second all-conference selection in the Pac-12.

San Bernardino, California native, Kenny Clark was born on 4th October 1995, under the star sign Libra. The twenty-four years old is an American by nationality and is of Afro-Ameican ethnic background. Further, he stands 6 ft 3 in (1.91 m) tall and weighs 314 lb (142 kg).

How Much Is Kenny Clark Net Worth? Contract & Salary

Kenny Clark's Girlfriend: Is He Dating?

Kenny Clark is dating his girlfriend, Leeyah, whom he met at Wilmer Amina High School. The couple is together for a long-time now seeing through high school and university. 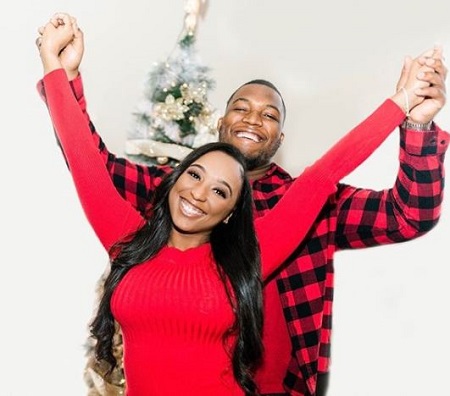 Scrolling through Instagram, Clark often shares pictures with his girlfriend, Leeyah, who is now a professional nurse. On 9th September 2019, the couple celebrated their 7th anniversary. The duo is pretty serious in their relationship and might take their relationship to the next level soon.

Kenny Clark was born to Leslie Clark and Kenneth Clark. At the age of nine, his dad went to prison and Kenny. Together, the family (mom and three siblings) has dealt with the absence of his father for the past 15 years.

Kennet SR. has been incarcerated on a second-degree murder conviction in California. Currently, he is serving a minimum sentence of 55 years, though he's working on another appeal. Despite the circumstances, the father and son remain close.

At the 2016 NFL Draft, Clark was picked in the first round (27th overall) by the Green Bay Packers. He started his rookie season as a starting defensive tackle alongside veteran Mike Daniels. His professional debut came in the Packers' season opener against the Jacksonville Jaguars where he made one assisted tackle in the 23–27 victory. In 2018 season, he had a breakout recording 55 tackles, three passes defended, and six sacks, and was named a Pro Bowl alternate.