Mike Couzens is a famous American play-by-play broadcaster currently working for the ESPN Network since 2012. Moreover, he has worked for the SEC Network and ABC Networks.

Mike has an annual average salary of around $80,000 with a net worth of $1 million. He is currently in a romantic relationship with his girlfriend Erin Beadle. Besides, there is no information about Mike getting married.

Mike Couzens was born in White Plains, New York. As per his nationality, Couzens is American and belongs to White ethnic group. Further, details regarding parents and siblings of Mike is not available.

Mike Couzens after completing high school attended Syracuse University's S.I. Newhouse School of Public Communication and graduated from there with a Bachelor's degree in broadcast journalism.

Mike Couzens Net worth and Salary

Mike is working for one of the most popular Networksand it pays quite a good amount of money to its sportscasters. Besides, Mike is also among the regular play-by-play broadcasters.

The national average salary reported in the field includes both the lower paid and the upper professional announcement level.

With the exception of the highest paid advertisers, the salaries reported by professional sports broadcasters range from $18,824 to $75,754 per year.

Because of his experience, Mike might be earning an annual average salary of around $80,000 with a net worth of $1 million. In addition, some of the highest-paid broadcasters havning net worth more than Mike are Chris Berman and Stephen A. Smith.

Besides, he also worked with ABC News in 2011 for a month. After leaving ABC, Mike joined Sison Broadcasting from October 2011-March 2012. Later, he worked for the Big Ten Network for over a year. Moreover, he served as a broadcasting and media relations manager for the Fort Wayne Tincaps.

Mike Couzens is currently engaged to his girlfriend Erin Beadle. Mike proposed Erin at the Carrier Dome during the Syracuse's game against Notre Dame in January 2018. Erin replied kissing Mike

The couple has been dating each other for around five.

“I’d been trying to get her to take a basketball road trip with me for some time, and this game at Syracuse worked out perfectly."

Couzens said after the game. So far there is no news of them getting married but he joked that he would have to think even bigger than engement like MegaCast for the wedding. 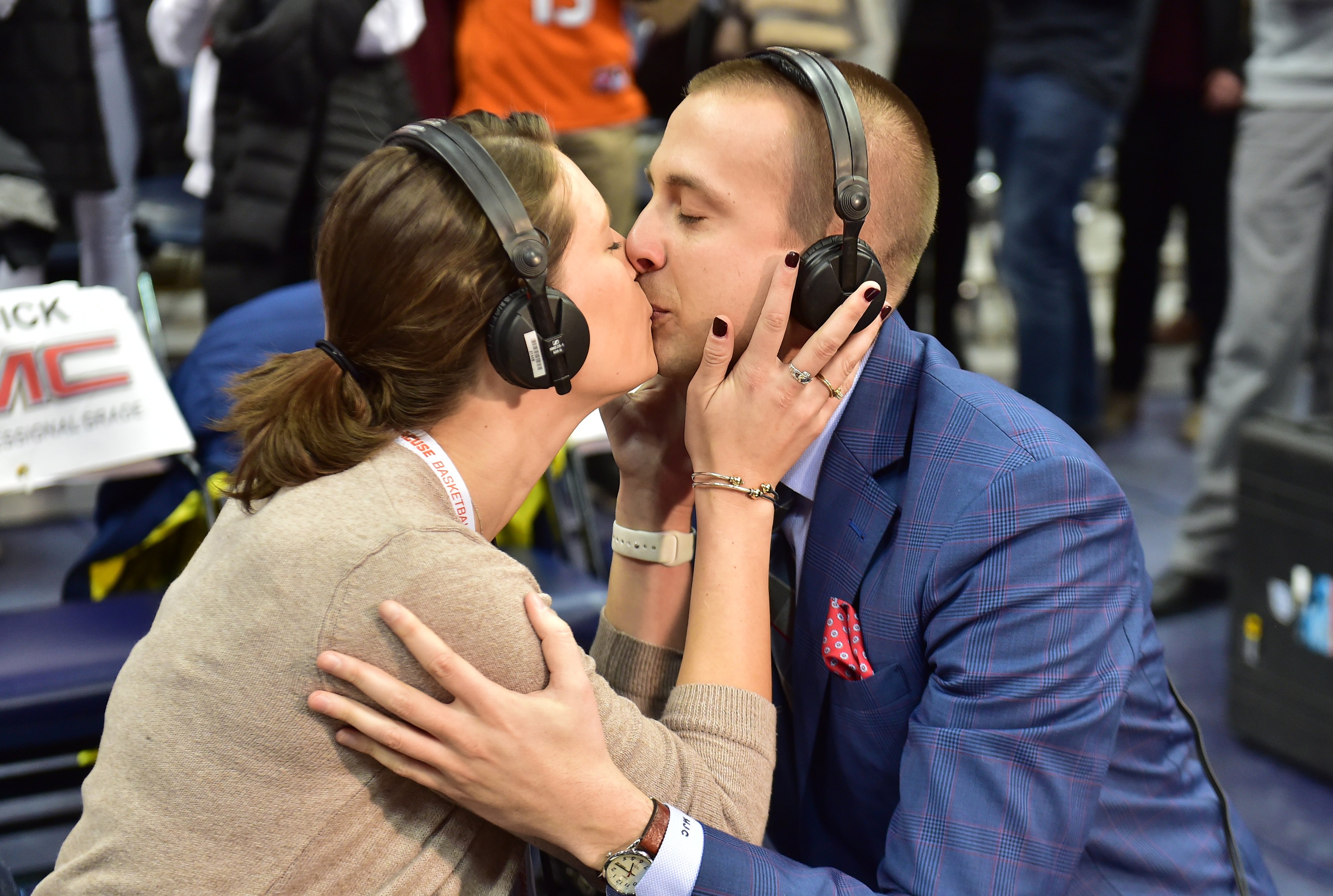 His girlfriend, Beadle is a graduate from Miami(Ohio) University. They first met when Mike was doing play-by-play for the Dayton Dragons minor league baseball team.

The famous sports broadcaster is quite famous in social media with a huge number of followers. Besides, he is an active user of Instagram, Twitter, and Facebook.

He currently, lives in Cleveland, Ohio, along with his family, and has a beautiful home there.