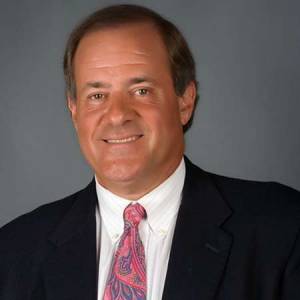 One of the world's popular sports star Christopher James "Chris," "Boomer" Berman was born on May 10, 1955, in Greenwich, Connecticut, U.S.A. He was born to mother, Mother Peggy Shevell, and father, James Keliner Berman brought him to New York during his childhood, where he grew up.

Berman's childhood was good enough. He was sent to Camp Winnebago in Fayette, Maine. Later in 1970 he went to Hackley school for his education. Berman graduated with a degree in history in 1977.

The great Sportscaster's career started at Hartford's WVIT-TV as a sports anchor. He has been the sportscaster in ESPN since he joined it in 1979, only a month later of the foundation of ESPN.

As he is working with ESPN till now he has been the person with the longest tenure with ESPN along with Bob Ley. At present, he is hosting the Monday Night Countdown. He was the person to host the ESPN's first game show (Boardwalk and Baseball's Super Bowl of Sports Trivia).

Berman has been the most important person in ESPN's history. The vice president of ESPN's production said "He is our most important person" and also he added that Berman is the face of ESPN in December 2008 on respect of him for his 30 years sportscasting career at ESPN.

Berman also added his contract with ESPN till his 55th birthday. But even after his 55th birthday, ESPN added the contract with Berman for an undisclosed period. He has hosted many sports shows and also has anchored many games in ESPN. Sunday NFL Countdown is being hosted by him since 1985 to present. He also hosts NFL Draft since 1985; he still hosts different games like U.S Open, Baseball Tonight MLB on ESPN, Home Run Derby Play-by-Play, and Monday Night Countdown, etc.

Presently, Berman resides in Connecticut along with his wife Kathy. He was married to Katherine "Kathy" Alexinski in 1983. After marriage, Berman and Kathy got two children Meredith and Douglas. The couple is still together and has no rumors of divorce.

The person with the nickname of "The Godfather of ESPN" and "Empire of ESPN" Berman has achieved many glorious achievements as an anchor. He has been honored as National Sportscaster of the year in 1989, 1990, 1993, 19994, 1996, and 2001 by   The National Sportscasters and Sportswriters Association. He is also voted as the TV's most Fascinating Stars from people in 1997.

Such great personality has an impressive net worth of $20 million. There is no exact data for his salary, but it can be guessed easily that his salary comes to be around $1 million. The height of the Berman is 1.95 meters (6 feet and 5 inches). As one of the highest paid player at ESPN, he receives an annual salary of around $3 million.