Suzy Kolber is an American football sideline reporter and sportscaster for ESPN. She was one of the original anchors of ESPN2 when it was established in 1993. She also briefly worked for Fox Sports. Her football broadcast narrative has even been featured in Sega's video game, ESPN NFL Football for Xbox, and Sony's PlayStation 2.

In Philadelphia, Pennsylvania, a national television spokesperson for Chevrolet and Pepsi-Cola commercials, Suzy Kolber was born Suzzane Lisa Kolber on May 14, 1964. She is American and her ethnicity is white.

Suzy Kolber has a whopping net worth of $18 million. She is paid well by ESPN and is one of the highest-earning sportscasters. Her annual salary reportedly is around $3 million in 2022.

Suzy Kolber worked very hard to reach the height of success. She has been devoted to working as a top team member for ESPN, where she has achieved many awards and appreciation. 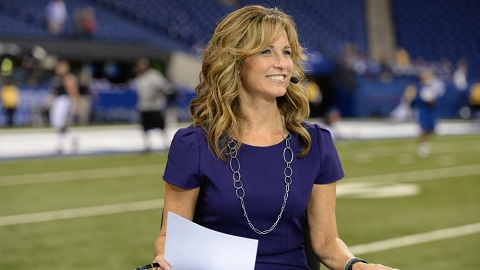 Suzy is also featured on Sega’s video game, ESPN NFL Football for Microsoft’s Xbox, and Sony’s PlayStation2. She is also the spokesperson of Chevrolet and Pepsi-Cola’s commercials. Her various endorsement deals have helped to establish her huge net worth.

With a tremendous net worth, she living a lavish lifestyle. However, she has not revealed information about her car collections, real estate properties, or any other income-generating ventures.

Anchor and reporter Suzy Kolber is a married woman. She tied the knot with her long-term boyfriend, Eric Brady in 2008. The couple is blessed with one child, a daughter named Kellyn.

Kellyn was born the same year of their marriage and is 10 years old now. Suzy was 44 years old when she got pregnant with her first child. 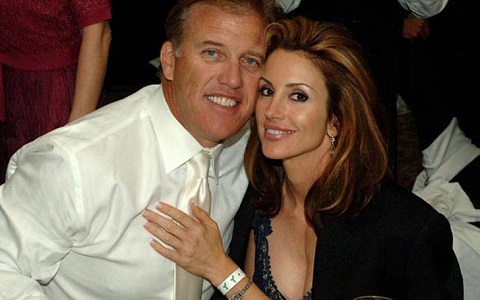 It has been several years into their marriage and there are no issues or rumors of divorce between them. As of now, Suzy is spending blissful moments with her family.

Kolber is 5 Feet 8 Inches tall in height and weighs 70 kg.

Suzy Kolber completed her high school education at Upper Dublin High School in 1982. She received her bachelor's degree in Arts and Telecommunication from the University of Miami in 1986. During her graduation, she has had a good experience in journalism work.

Suzy Kolber's in her early career life started as a videotape coordinator. She produced an ET sportscast at WTVJ-TV in Miami from 1985-1989 and won a local Sports Emmy in 1988.

It was the year 1991 when Suzy Kolber started her broadcasting career. She started working as a sports anchor and reporter at WPEC-TV which is associated with ESPN Network. At the same time, she served as a reporter for ‘Breeder’s Cup Newsfeed’ which is based in Greenwich, Connecticut.

Suzy Kolber decided to be the anchor for Fox Sports News and left ESPN in 1996. She was the studio host during the network's coverage of the NHL on Fox. She also presented a non-sports coverage called Opening the Lost Tombs: Live From Egypt.

Suzy returned to ESPN in 1996. She became popular among all viewers when she covered a variety of assignments for ESPN from the NFL. Kolber also served as a sideline reporter for ESPN’s Monday Night Football show. She even appeared with Michele Tafoya during the broadcast of Super Bowl XL at ABC Sports in 2006.

She was later filled by Wendi Nix, Ed Werder, and Rachel Nichols after the exit of Tofaya.

In 2007, ESPN hired her as a host of ESPN’s show NASCAR Countdown’. Kolber was used as a fill-in reporter for the 2011–2012 NFL season that included other rotating reporters like Wendi Nix, Ed Werder, and Rachel Nichols.

Suzy continues her career as a presenter with the ESPN network.