Miguel, a member of a boxer family, represented Puerto Rico as an amateur at various international events in the lightweight and light welterweight divisions.

Cotto was born on October 29, 1980, to Puerto Rican parents on Rhode Island and moved with his family to Caguas, Puerto Rico before he was two.

In his family, there are several boxing figures, including his late father Miguel Cotto Sr, his brother José Miguel Cotto, his second cousin Abner Cotto and his uncle and former boxing trainer Evangelista Cotto.

Coto began boxing as a child to help lose his weight but later he was able to develop himself as a top amateur fighter. During his young age, Cotto participated in various international tournaments, these include the 1998 junior world championship, Pan American Games, and boxing world championship.

Cotto finished his boxing career with 47 fights and 41 wins in total. Out of the 41 wins, 33 were knocked out, leaving Cotto with 6 career losses.

Cotto was widely regarded as the largest ever sporting export in Puerto Rico and is considered to be one of the best boxers in his country alongside Wilfredo Gomez, Felix Trinidad, Wilfred Benitez, Héctor Camacho, and Carlos Ortiz.

One of the most remarkable duels of Miguel Cotto was his fight against Antonio Margarito, which ended in defeat for Cotto. In Margarito's subsequent fight against Shane Mosley, officials discovered that his hands were wrapped in a substance believed to be a Paris plaster. 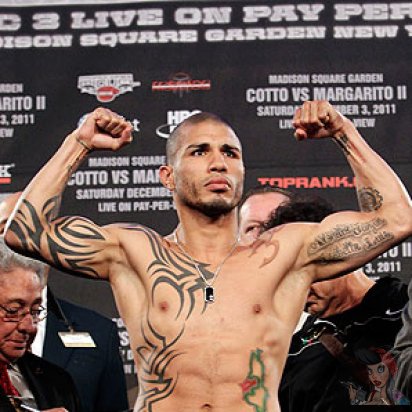 It is widely believed that Margarito used the same trick to win Miguel Cotto earlier. Three and a half years later, Miguel was confronted by Margarito in the second defense of his WBA title, and this time Miguel brutally took revenge.

In one of the bloodiest bouts ever, Miguel targeted his vengeance only at the right eye of Margarito, leaving it a swollen, bloody mess. For more than four years, Margarito had to stop fighting to recover from the damage inflicted.

In one of the bloodiest bouts ever, Miguel targeted his vengeance only at the right eye of Margarito, leaving it a swollen, bloody mess. For more than four years, Margarito had to stop fighting to recover from the damage inflicted.

Miguel Cotto Net Worth And Salary

Miguel Cotto was heavily involved in boxing pyramid for the two decades, suggesting that he would have benefited monetarily. According to Forbes, Miguel has an estimated net worth of $25 million.

He made around $15 million in 2015 fighting against Canelo Alvarez. The amount was highest of his career which the previous highest amount was $8 million against Floyd Mayweather in 2012.

Cotto earned the paycheck of $1 million in his last fight. He is also one of the highest earning boxers of all time.

Also Read: Kazakhstani Professional Boxer Gennady Golovkin's Net Worth and Lifestyle He Has Achieved From His Profession

He is a married man and described his wife as the love of his life, although he had previous relationships. In 1998, Cotto got married to Melissa Guzman and the couple has been blessed with three children, one daughter, and two sons. 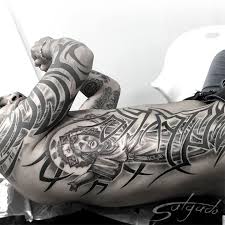 They named their first daughter Alondra Cotto, their second child Miguel Cotto III after him and Luiz Cotto as a third child. The marriage hit a little rocky patch when Cotto was found to have an extramarital affair that produced a daughter born in November 2006.

Cotto's brother Jose Cotto, who was a boxer died on 3 January 2010 sadly.