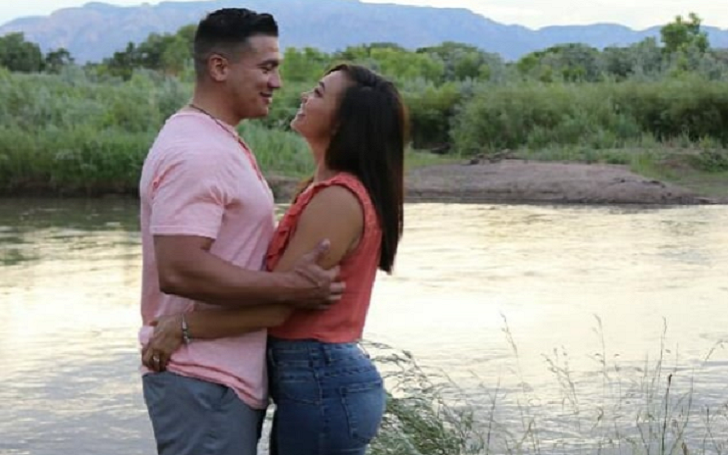 Michelle Waterson AKA The Karate Hottie is one of the most successful fighters in the UFC. A mixed ethnic MMA fighter better known as The Karate Hottie in the MMA community on a first look has a charm of a model and has a skill set of a killer.

She doesn't look like a mother of an eight years old daughter, but it's a true story. She is a happily married woman, married to a former Marine and her financial adviser husband Joshua Gomez and even has an eight years old daughter from her successful married life. Let's dissect The Karate Hottie's married life and personal life on today's capsule.

UFC star Michelle Waterson is a happily married woman married to Joshua Gomez in 2012, a year after she gave birth to their daughter Araya, born on March 18th, 2011. This lovely couple (Michelle and Joshua) married each other is a small ceremony held at Hacienda Vargas in Algodones.

I get the butterflies thinking of you. You make my heart skip a beat. My love, my life, you have given me the world and it's just the beginning. Happy anniversary my love @joshuagomeznm you're the best thing to ever happen to me.

One of the most inspiring post-fight speeches from Michelle Waterson came after she won over Felice Herrig at UFC 229's opening main event fight, where she said that she wants to be the first ever Ufc Women's champion mom, which shows how much she loves her eight years old daughter Arya.

The mother of eight years old was featured in ESPN's body edition in 2017, which shows her level of fame, other than being an MMA fighter, she is also a fitness model, an aspiring actor, and a loving wife as well as mom.

As a mother Michelle Waterson shares a very loving relationship with her daughter and her eight years old daughter already has an instagram account with the name Araya Gomez AKA karatecutie.

Like her mother, Araya seems pretty interested in fighting and there are pictures where she could be seen throwing a perfect kick alike her mom.

@masteryaiyai with me at gymnastics! Love you jup jup

The fun fact about Michelle Waterson's marriage with Araya's dad Joshua Gomez is that the couple were in relationship from over a decade, but they weren't ready to tie the knots, till Araya stepped into their lives, after a year of their only child's birth, the couple decided to walk down the aisle and got married to each other in a small ceremony in 2012.  The Couple chose Hacienda Vargas in Algodones as their wedding location and Araya witnessed her parent's loving marriage.