Michaela Ireland is a rising English Model, an Instagram Influencer, and is a pastry chef. She has been modeling for more than five years. Michaela came to the limelight with her relationship with an English professional footballer Patrick James Bamford who plays for Premier League club Leeds United. The love birds have been dating each other for more than three years.

Michaela Ireland was born on November 16, 1991, in England. She rose to fame only after her successful career and relationship with Patrick, so there is not much information about her parents and early life. Michaela's zodiac sign is Scorpio. Talking about her physical appearance, Michaela stands five feet and ten inches tall and weighs 55 kgs.

The English Model is in a romantic relationship with her longtime boyfriend, Patrick. The couple has been together since 2018. They first met each other back in 2018 during Patrick's spell at Middlesbrough. Although the Leeds star has not shared a photo, his girlfriend, Ireland, first shared a picture of the couple in August 2019 at Leeds United's Amazon Exclusive documentary's premiere. 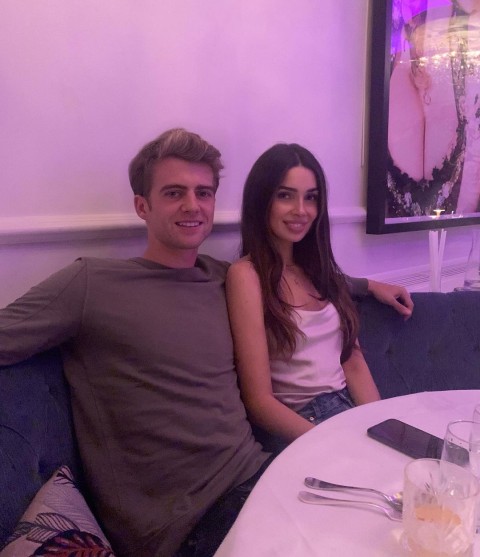 Michaela shares a photo along with her boyfriend, Patrick SOURCE: [email protected]

Both of them are active social media users. Michaela keeps sharing photos of their going to famous holiday destinations. She keeps attending her boyfriend's games. Both of them are very much early in their career and have not decided about their marriage to date. In September 2020, the couple and their friends went for a cruise holiday.

Although This may be the first formal relationship, Her boyfriend, Bamford, was involved in a romantic relationship with Alice Bates in 2015. The love birds dated for sometime before separating apart in 2016.

Net Worth and Source of Earnings

Michaela has been modeling for more than five years. She must have earned a reasonable sum through her modeling career. Ireland has featured on several magazines' cover pages. She is very much early in her career and shall be earning much more in the days to come. Michaela must be living a lavish life through her boyfriend's successful career. 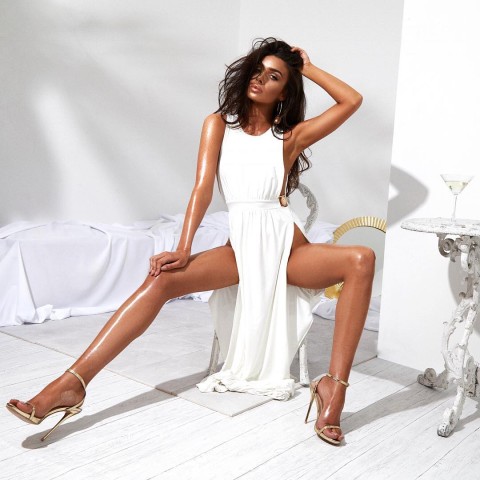 Michaela's boyfriend Patrick has an estimated net worth of $10 Million. He credits most of his net worth to his successful career in football. However, He started his career with Nottingham Forest in 2011 and later joined Chelsea in 2012 for $2 million. In 2017, He played with Mifflebrough for $9 Million.

Bamford has an estimated salary of $2.5 Million. He signed a four-year deal worth $10 Million in 2018. As a football player, he must be earning a considerable sum through his prize money, sponsorships, etc.

Patrick has been playing professional football since 2011. He has been with several Premiere league clubs before settling with Leeds United. He remained one of the most influential figures in the team when It won the EFL Championship and got promoted to English Premier League in sixteen years.

Bamford has played in a total of ninety games for Leeds United and scored 37 goals. He is among the highest goal scorer in the 2021 EPL season, following Mohammed Salah and Harry Kane. Patrick is very much early in his career and shall be playing for some top teams.