An English professional football player Patrick Bamford is currently signed to the Premier League club Leeds United FC and plays as a forward. He started his career with Nottingham Forest in 2011 and has played for several clubs like Chelsea, Middlesbrough, Crystal Palace, Norwich City, etc. He signed with Leeds in 2018 and won the EFL Championship in 2019.

How much does the forward earn from the team? Does he have a girlfriend? Get to know all the facts about him.

How much is Patrick Bamford's Salary at Leeds?

Patrick Bamford has an estimated net worth of more than $5 Million. Bamford earns an annual salary of £1,820,000 from Leeds, with the weekly wage reported to be £35,000. He is the highest-paid player on the team with more salary than other top-paid players like Helder Costa, Kiko Casilla, etc. He joined from Middlesbrough, signing with an initial fee of £7 million and became the most expensive signing in the club's history since Robbie Fowler.

Bamford made his professional debut with Nottingham Forest in 2011 and joined Chelsea in 2012 for £1.5million. He didn't make it into Chelsea's first team and was loaned to several clubs. He then joined Middlesbrough in 2017 for £6 million, where he earned more than £1.5 million annually.

During his loan spell from 2014 until 2015, he was paid £40,000 a week, fixed up a free apartment, paid his utility bills, and organized a TV and broadband package with Sky Sports and movies.

The 28-year-old striker is reportedly in a relationship with Michaela Ireland. His girlfriend Michaela is a Leeds-based model and has been dating the footballer for around a year. There are no more details about their affair, meetings, and love life. 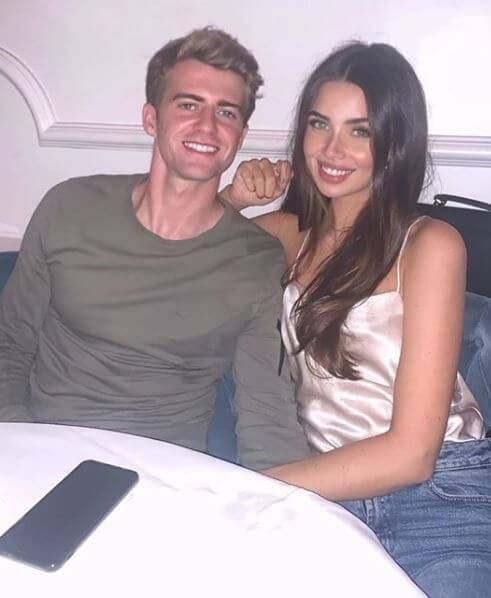 His girlfriend shared an emotional Instagram post after Bamford's club Leeds made it into the Premier League. She posted his photo and wrote:

This morning I woke up with the biggest smile ever on my face, words can’t even begin to explain how proud I am. There wasn’t a moment that had passed by in which I didn’t have every single ounce of faith within this man right here, and look where they are now. You did it 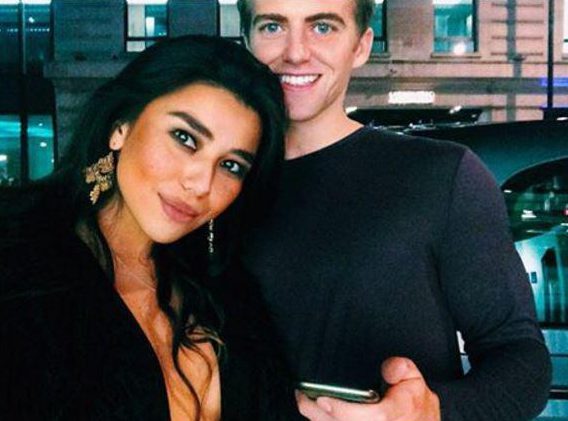 Earlier, while he was signed to Chelsea, he dated Alice Bates around 2015. His former girlfriend is an Indonesian- English model, and they reportedly dated for some years.

The Leeds forward was born Patrick James Bamford on September 5, 1993. He is 28 years old as of 2020. He was born in Grantham, England, and holds a British nationality. His father is Russell Bamford, and he has two siblings, sisters named Ciara and Orla. He is also a relative of Joseph Bamford, founder of JCB. He attended Nottingham High School and played violin in his childhood.

He achieved 10 GCSEs, including five A*s, and had the chance to go to Harvard University in the US on a full scholarship.