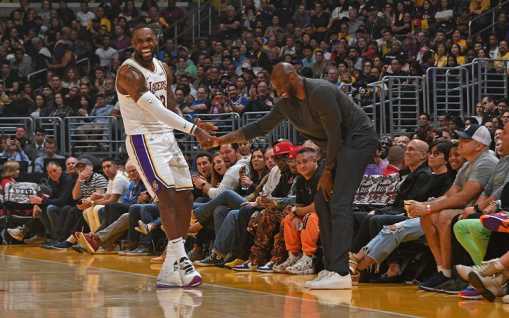 Kareem Abdul-Jabbar sits on the top of the list with record 18 All-Star honors.

James also surpassed Bryant for third on the NBA's all-time scoring list last month, just a day before Kobe passed away in a tragic helicopter accident. The 5-time NBA champion and his 13-year old daughter Gianna was also killed in the accident along with seven others in Calabasas, California.

Ahead of the All-Star game, former NBA star Magic Johnson paid tribute to Kobe with a great heart touching speech at the United Center.

"We'll never see another basketball player quite like Kobe. Scoring 81 points in one game. Scoring 60 points in his last game. And then winning five NBA championships. But what I'm really proud about when we think about Kobe Bryant, there's millions of people in Los Angeles that don't have a home. Kobe was fighting to get them homes and shelter every single day. He was passionate about that."

"He was also passionate about being a great father, husband, filmmaker. Young man won an Oscar. So we all are hurting. This is a tough time for the whole NBA family."

Johnson, who led an eight-second moment of silence for Bryant – the number the 2008 MVP wore during the early stages of his illustrious career, said.