2019 McDonald's All-American, Matthew Hurt, is a basketball player who is currently playing side the Duke Blue Devils of the Atlantic Coast Conference (ACC). He finished his high school career at John Marshall High School, averaging 36.8 points, 12.4 rebounds, and 5.0 assist per game as a senior.

Matthew Hurt was born on 20th April 2000 in Rochester, Minnesota. The 6 ft 9 in (2.06 m) tall holds an American nationality and is of white ethnic background. With the United States under-18 basketball team he won the gold medal at t the 2018 FIBA Under-18 Americas Championship.

Does Matthew Hurt Earn From His Collge Career?

Matter of fact, the college athlete, does not have a salary, but one can make roughly $120,000 a year. But college basketball athlete isn’t depositing $120,000 into their bank account each year; this amount is going a long way to pay for their grant-in-aid, coaching, general support, medical, as well as futures as professional or minor-league basketball players or employees.

The new law, which is supposed to implement in 2023, attacks the NCAA's long-held philosophy that college athletes should earn a degree, not money, for playing sports. It seems like the athletes could be paid under the new law.

No. 21 – Duke Blue Devils' power forward is dating his high school sweetheart, Morgan Jade. The duo is in a relationship since 2017. 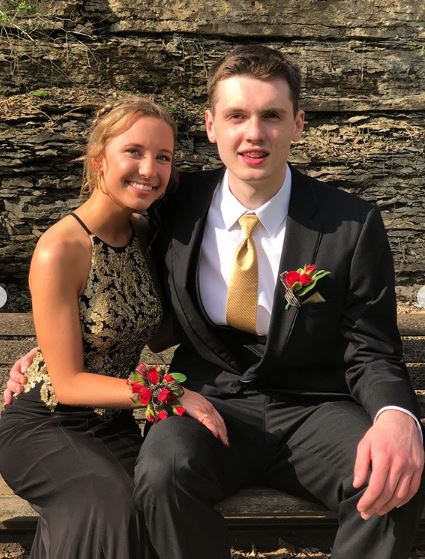 Matthew Hurt and his girlfriend SOURCE: Instagram @mhurt22 on 7th May 2018

Their Instagram is full of their adorable pictures, including from prom night, where he wore a black suit, white shirt with a golden tie, whereas Jade matched him with a black gown with a golden embroid top. On top of that, Jade has a Instagram account where she often features her boyfriend.

Matthew was born as one of three children to parents: Richard Hurt and Jenny Hurt. His father is a former player at John Marshal who has played a key role in his children's player development, working with them. 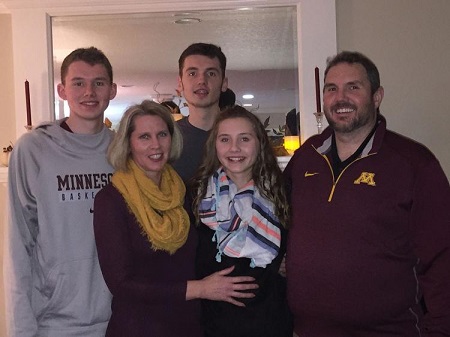 The elder brother, Michael Hurt, plays as forward at the University of Minnesota while the young sister, Katie, plays forward for the JM varsity roster.

Journey From JM To Duke University

Considered one of the best high school prospects in the 2019 class, he was offered by North Carolina, Kentucky, Duke, and Kansas. On 19th April 2019, he committed to Duke University and joined the Duke Blue Devils men's basketball team alongside Wendell Moore Jr., Vernon Carey Jr., and Cassius Stanley.