Vernon Carey Jr. is an American college basketball for the Duke Blue Devils of the Atlantic Coast Conference (ACC). He finished his high school career at NSU University School where he was ranked as a five-star player and recruited among the top-ranked players in the 2019 class.

The 6 ft 10 inches tall Vernon Jr is the three-time winner of Mr. Basketball Florida and was born on February 25, 2001, in Miami, Florida and he had completed his high school education from the NSU University School and later on, he enrolled at Duke University.

The center forward of the Duke Blue Devils is about to earn a great amount of money from his playing career but so far he has not earned much as a player since he is yet to make his professional debut. Being the center forward for Blue Devil, he doesn't earn money from the team but gets the scholarship from the college for lodging, fooding, and education worth $40,000. 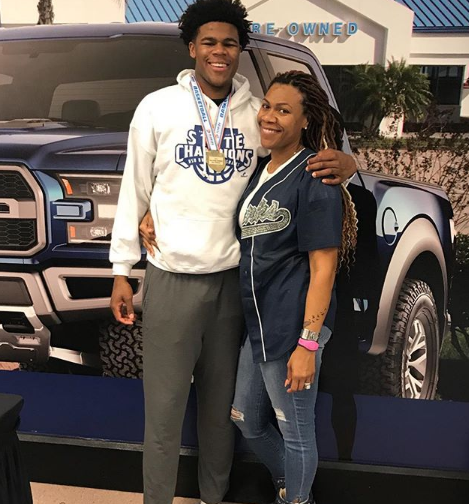 Vernon Jr and His Mother While Vernon's Winning a Gold SOURCE: Instagram @vernon

The 18 years old NCC player is still on a long way to the top but regarding his current performance for the team, he has made his impact of being the next star NBA player. He is projected to be the first-round pick and might get a contract worth millions after the NBA Draft.

Being the young player he must be earning a good amount of income from the endorsements deals but so far he has not disclosed his actual incomes in front of media. Matthew Hurt and Cassius Stanley are newly admitted players of Blue Devils who also play with Vernon.

The NCAA Center Forward is currently is unmarried as he still is in his teens. He might be dating his girlfriend who could be his college mate but has not disclosed anything about her. For now, his relationship status is single.

His father was a former player and he knows how to keep his son out of the spotlight so that he could only focus on his game.

Vernon is the son Vernon Corey Sr. who is the former American football offensive tackle who played eight seasons for the Miami Dolphins of the National Football League (NFL). 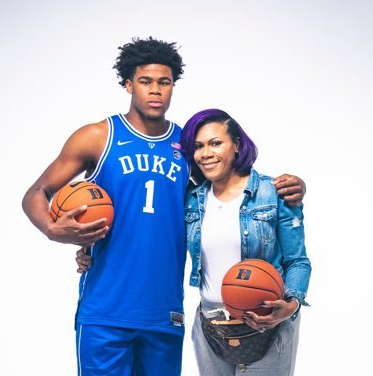 His mother's name is LaTavia Carey and has two siblings a twin brother Jaylen Carey and a sister Taelynn Carey.

The center Forward's parents are the long-time boyfriend and girlfriend who dated each other since they were 16 years old and exchanged their wedding vows in 2004. But before getting married, LaTavia, Vernon Jr mother was pregnant which was ashamed for their families but somehow Vernon Jr's father managed that situation and in one of the interviews Vernon's mother said,

“We were young, we didn’t really know what we were doing, sitting in a side room at NSU University School in Davie, just outside Fort Lauderdale."

After a long struggle Vernon Jr's father made his way and today they are the proud parents of their son who is playing brilliantly.