2019 McDonald's All-American, Wendell Moore is a college basketball player for the Duke Blue Devils of the Atlantic Coast Conference (ACC). The youngster did his high schooling at Cox Mill High School, where he played in 125 games averaging 23.5 points per game with 8.3 rebounds per game.

Richmond, Virginia indigenous, Wendell Moore was born as Wendell Horace Moore Jr. on September 18, 2001, under the star sign Virgo. The eighteen years holds an American citizenship card and is of Afro-American ethnic background.

Financial Portfolio As of 2020

A college athlete, Moore's salary is minimal compared to NBA players. As reported, the college basketball players are making roughly $120,000 a year. In a sense, Moore's annual income from his college career might be the same figure. 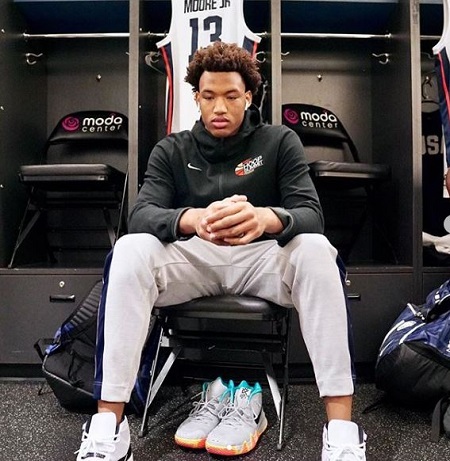 At the international level, he represented the US under-17 national team at FIBA World U17 Cup, which eventually won gold. According to the source, the national team player can earn roughly $100,000 for participating in all the training sessions.

As every college basketball athlete's target is to get in NBA, Moore has the same. If he makes it to the NBA in the near future, no one can stop him from being for million. The median salary of the NBA rooster is $3,481,986 per annum.

Wendell was born as the only child to parents: Wendell Moore Sr. and Marie Moore. He is not only a basketball player from the family; his father played basketball at Christopher Newport University. Additionally, his cousin played college basketball at Virginia Commonwealth University. 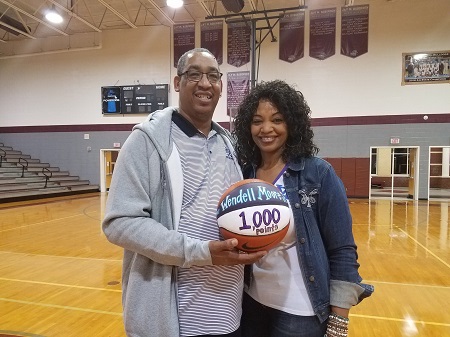 When asked about his abilities during his high school, Wendell said, "This is a God-given talent. I have to use it to the best of my ability, or it can be easily taken away if I don’t work as hard as I can every time I step on the floor."

On 8th October 2018, he announced his decision to play for the Blue Devils of Duke University. He scored 17 points in a 81-73 victory against Georgetown in the finals of the 2K Classic playing alongside Vernon Carey Jr., and Cassius Stanley.  On 4th January 2020, he injured his hand in a win over Miami.