Marlo Vera an American fighter who is an Ecuadorian mixed martial artist and currently, competes in the Bantamweight division of the Ultimate Fighting Championship. He ranked as a  14th in the UFC bantamweight rankings.

The 27 years old Marlo was born on December 2, 1992, Ecuador, under the star of Sagittarius in Chone, he is a Black belt in Brazilian Jiu-Jitsu and had won 15 games in 21. He is only Ecuador's UFC fighter and so far he is making proud to his community.

Marlo is going to face 30 years old Jimmie Rivera who is 1.63 m tall and 6.1 kg on Feb 9, 2020, at UFC247 Bantamweight Championship and if he wins this game, it will be his seventh consecutive win.

How Much Is Marlon Vera Earning As A UFC Fighter?

After the debut in 2012, Marlo has earned a wide range of fame at the same time his fame came along with enormous wealth. As of 2020, his estimated net worth is at around $0.8 million.

Besides his income from his professional career, he is also earning a good amount of money through sponsorship and Endorsements. Eventually, he promoted 593premiumlager which is a Spain based energy drink company. He often posts pictures promoting this brand while in one of his Instagram post he wrote:

"Starting the year with 593premiumlager thanks for the support of my career and confidence, we will have a great year because all that is being done is sacrifice, sweat, and dedication. These chelas I take them to Texas to take with my people after the fight and if we need more artillery." 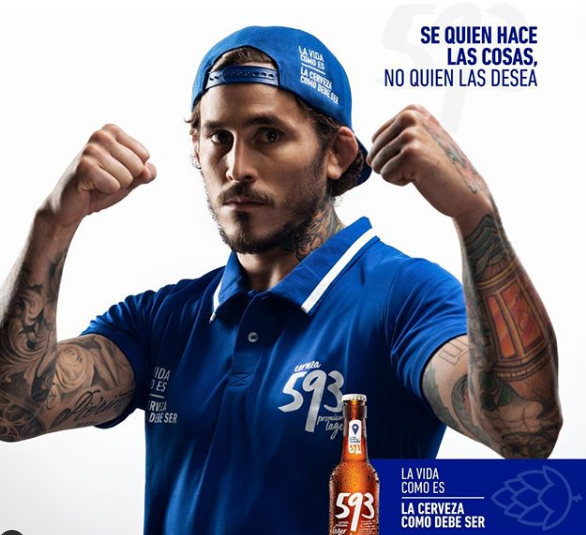 He is also promoting this brand in different seminars but the income he is earning from this company has not been disclosed yet. Besides, he has also signed an advertisement deal with Pepsi.

The South American Fighter is tied in a knot with his hometown girl Maria Paulina Escobar Ramos. The couple was bound in a marital relationship in 2012, Jan 12. 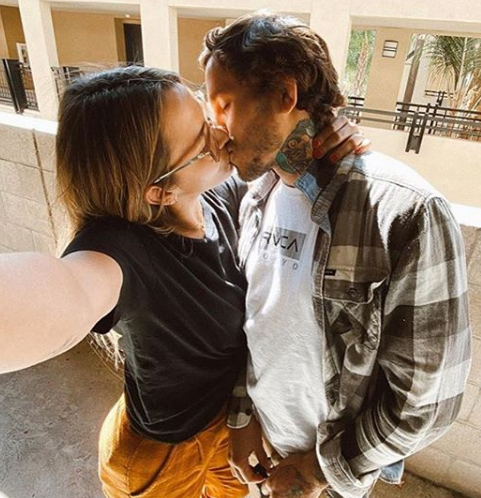 On the occasion of their anniversary, Marlo dedicated a post for her wife by saying:

Happy 8 years love and my wife you are the perfect woman for me I love you so much and I wouldn't change a single moment by your side.

It seems that the couple seems to know each other for a long time and the love birds frequently post their pictures on different social networking sites which is enough to portray their happy relation. 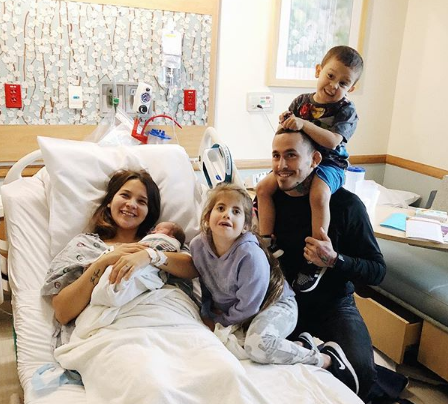 Marlo Vera, His Wife And Their Children After The Birth OF Their Third Child SOURCE: Instagram @marlovera

The happily married couple currently resides in Ecuador with their three children. Marlo and Maria are raising three beautiful kids. They have two daughters named Ana Paula and Eliana born in 2011 and a son José Igancio born in 2015.

Their eldest daughter Ana was diagnosed with Möbius syndrome.

Harsh Time For Marlo At The Time Her Daughters Surgery

Marlo's daughter Ana Paula was diagnosed with a rare neurological condition called Möbius syndrome, for which Vera created a GoFundMe to collect the donation. At the time of his daughter was in a hospital for surgery but due to his three losses, he was unable to pay hospital bills.

So those match where Marlo fights between 2016 was the match of kill or get killed for Marlo but thankful he won several games and got little bit more cash money from his management for the treatment of his daughter.

Being only Ecuadorian fighter must be the challenging honor for his may that is why he is far from home and rough training for an MMA hotbed.

Vera has gained a reputation for herself on South America's local track and the Latin American has opened a window for him to go to the UFC after making the sixth consecutive victory. After the game he said,

“Hard work will always pay off, “You just have to find your way. My kids won’t eat off me hoping. They’ll only eat off me getting stuff done.”

An indigenous of Chone, Ecuador, Vera actually began amateur training in 2011 and managed to make his professional debut in February 2012.

Marlo Vera first destroyed Enrique Briones in the quarterfinals by knockout, Then Vera was pulled out of his semi-final bout with a skin infection and substituted by Guido Cannetti.

So far Marlo had fought 21 games where he has won 15 of them through 5 knockouts, 8 by submission, 2 by the decision and 1 draw.