Marco Cecchinato is a rising Italian professional tennis player. He is playing in the APT and ITF tournaments. Marco turned professional in 2010. Cecchinato has won three singles titles in his career and is yet to win in doubles. In 2018, Marco reached the semifinal of the French Open.

Marco Cecchinato was born on September 20, 1992, in Palermo, Italy. He is the son of Sergio Cecchinato and his wife, Stefania Cecchinato. Marco stands six feet and one inch tall and weighs 78 kg.

Marco Cecchinato has an estimated net worth of more than $3 Million. A tennis player earns through his matches and a handsome amount through their sponsorship and advertising deals. Cecchinato has a sponsorship deal with Joma and Babolat. Marco has already made $435,165 as his prize money from almost thirty APT games. 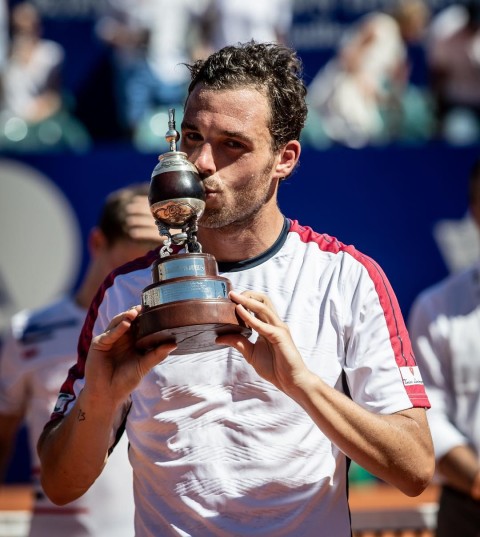 In the 2019 season, Marco took home $834,258 while playing in almost forty games. Last season, Many events got canceled due to the COVID pandemic, but Cecchinato appeared in nearly twenty games and earned $427,682. Totaling his prize money from the tennis events, it sums to $4,063,664. He is very much early in his career and shall be making millions in the future.

Yes, You read that right. Marco is a proud father of a son. Marco tied his wedding knot with his longtime girlfriend, Peki, in early 2018. They had been dating each other for more than a year before walking down their wedding aisle. The duo had a private wedding ceremony where they invited only a few members from both the families and close friends. 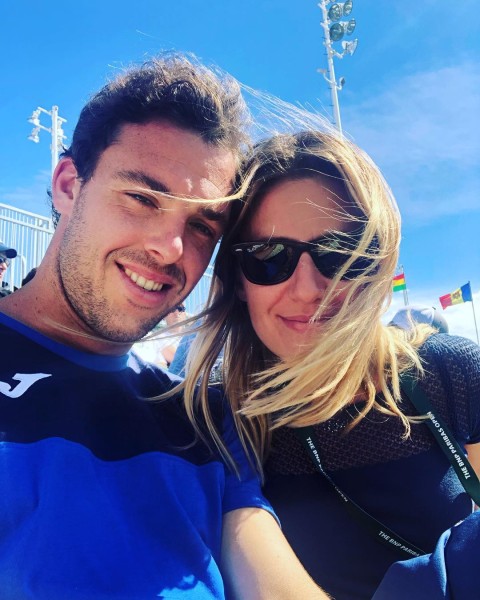 Marco is married to Peki for more than two years. SOURCE: [email protected]

In June 2020, Marco and Peki welcomed their first child, a son, Edoardo. The tennis player is an active social media user and keeps sharing photos of his wife and son.

Marco won his second ATP title in 2018 at Croatia Open. He reached the Semi-final in the single 2018 French Open before losing to Dominic Thiem. Marco surprised the world winning over former champion Novak Djokovic in four sets. At the end of the season, Cecchinato peaked at no.19 in World Rankings.