Manuel Akanji (birth name, Manuel Obafemi Akanji) is a Swiss professional footballer who plays as a defender for the German team Borussia Dortmund and the Switzerland national team. He is also a part of the Swiss National Team at the Euro Cup 2020.

Akanji was born in Wiesendangen, Switzerland on July 19, 1995. He trained with FC Wiesendangen from 2004 to 2007 and later moved to FC Winterthur youth facility.

During his initial career, Akanji played for Winterthur's under-18 squad and later with their second team. He made it to the Winterthur's starting eleven for the 2014-15 Challenge League playing two games for the FCW. That season, he also made 37 appearances scoring one goal over all competitions. 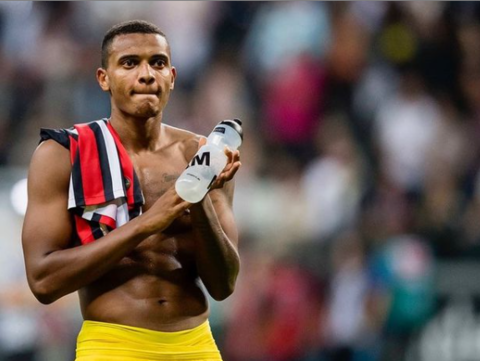 Manuel Akanji has been selected for the Switzerland squad for the Euros. They will compete against Wales, Italy, and Turkey in the group stage of the competition. SOURCE: Instagram

In his debut season, he became a member of RotBlau that won the Super League title. He would win the same silverware at the end of the 2016-17 season. He also helped Basel to win a Swiss Cup title.

Emerging in 42 games for the Basel-Stadt side, Akanji scored 5 goals, played in six UCL games, and qualified for the last 16 in the 2017-18 European Cup competition. He moved to the German team, Borussia Dortmund on January 15, 2018, during the winter transfer window for a four-and-a-half-year deal.

Seven months later, on September 27, he netted his first goal for the BVB in a 7-0 victory over FC Nurnberg. As a Dortmund's player, he has made 93 appearances including 3 goals across all tournaments. He made two advents for the Switzerland U-20 national team. On June 9, 2017, he marked his senior team debut in a 2-0 win over the Faroe Islands for the 2018 World Cup qualification.

About two months ago, reports stated Akanji's contract was secretly extended by Borussia Dortmund and now his deal will run till the end of 2022/23 season with the Swiss international earning an annual salary of 4.5 million euros. Some, however, maintain he has been grossing over £2 million a season since 2018.

Before that, the six-foot-one wall was reportedly pocketing close to £100,000 a year throughout his two-year stint with Basel.

His first ever documented payout is known to be about £10,400 - which he made during the 2013-2014 Swiss Challenge League. The next season, his salary package was hiked to £48,880. It wasn't until his move to Germany where he started to bag seven-figure salaries. For the 2018-19 Bundesliga competition, he was paid an estimated £2.18 million including several benefits and allowances.

The abutting season didn't see much improvement in his earning capacity. The 2020-21 edition brought him a total of £2.548 million while his current salary is set at a value of £2.7 million.

While sources' statistics regarding Akanji's salary differ by a few hundreds of thousands of pounds to as much as a couple of million, they, nonetheless, all appear to agree on the fact that he easily rakes in more than £2 million a year playing in one of the most lucrative football competitions in Europe. With career earnings approximated at £9million plus, his net worth is speculated to be in the vicinage of £4-£5 million.

Manuel Akanji's Wife; Does he have Children?

Dortmund number 16 is married to his wife, Melanie Akanji. Together, they share a son, Aayden Malik Adebayo Akanji, born, May 10, 2020. Akanji married Melanie on June 23, 2019, in Mallorca, Spain.

The couple started dating in September 2015. Akanji first announced his relationship with Melanie on April 9, 2016. 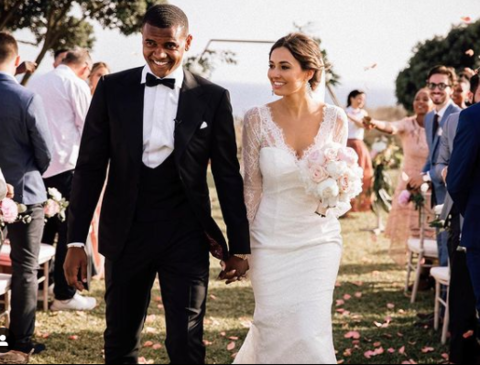 The day he posted a picture of himself and his future wife - both getting cuddly somewhere in Basel, Switzerland. The red heart sign tagged alongside the feed pretty much affirmed his love for Melanie.

On September 26, 2016, Akanji aired yet another picture of his better half which confirmed he had been dating her for a year. The caption, #oneyear strongly suggested his heart was set on Melanie for eternity. In September 2018, the couple finally put a ring on their relationship. The Dortmund defender shared imaging on his Instagram where he can be noted highlighting an engagement ring sported by his fiancee. How close are Liverpool to sign Swiss midfielder Denis Zakaria?