Melanie Windler is the wife of Bundesliga club Borussia Dortmund defender Manuel Akanji. They have been married for over two years, and they are doing pretty well in their life. Besides, Akanji is a professional footballer who also represents the Switzerland national team. He made his debut for the senior national team on June 9, 2017, by playing in a match against the Faroe Islands in the 2018 World Cup.

Further, Windler and Akanji have been in a relationship since 2015. The loving couple has attended various events together, and many people have also admired them. Likewise, Windler is also the mother of a son to whom she gave birth in 2020.

Income and Net Worth

The celebrity spouse makes a decent amount of money, but we are unaware of her profession. So, her income details also remain under review. Meanwhile, she lives a quality life as her husband also makes massive money from being a professional footballer.

According to Salary Sport, he earns £48,000 per week and £2,496,000 per year playing for Borussia Dortmund. He has played for multiple teams, and with them, Akanji had outstanding deals that helped him increase his fortune. As per Transfermrkt, Akanji's market value is €30.00m. 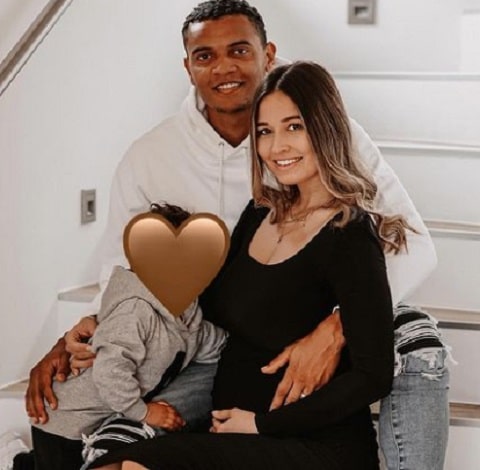 Melanie Windler with her husband and child SOURCE: Instagram @obafemi_36

Likewise, his highest market value was €40.00m on December 18, 2018. While moving from one team to another, Akanji received a good transfer rate. His social media posts also show that he is living a lavish life with his family.

Coming into her love life, Windler is a married woman with a loving husband named Manuel Akanji. As per a report, they started dating each other in 2015, and since then, they have supported each other. Being together for some time, the duo thought of walking down the wedding aisle. 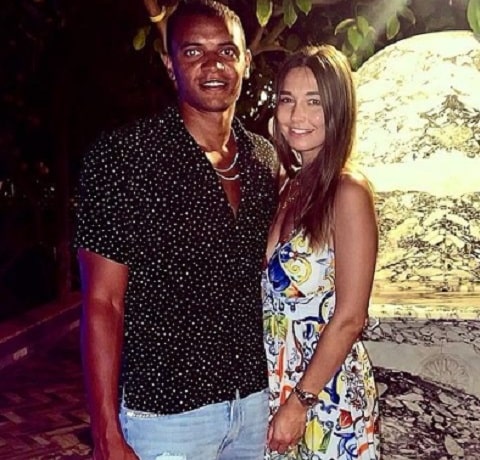 Manuel Akanji and Melanie Windler have been married since 2019 SOURCE: Instagram @obafemi_36

So, the professional footballer proposed to his girlfriend in 2018. The following year in 2019, the pair walked down the wedding aisle. The ceremony was held in the presence of their close ones and family members. After marriage, they went to various places together and featured their moments on their social media accounts.

Apart from that, Windler has also started her own family. On May 10, 2020, Windler and Akanji became parents for the first time when they welcomed a loving child, a son named Aayden Malik Adebayo Akanji. Moreover, the professional football player often posts images with his wife and child on his Instagram handle.

Melanie Windler was born in Geneva, Switzerland, on May 14, 1995, as reported by Magazines Weekly. So, Windler is 26 years old as of early 2022. Besides, Windler is close to her parents, Jason Nee Windler and Lisa Nee Windler. Windler's father worked for the United Nations (UN), while her mother is a housewife. 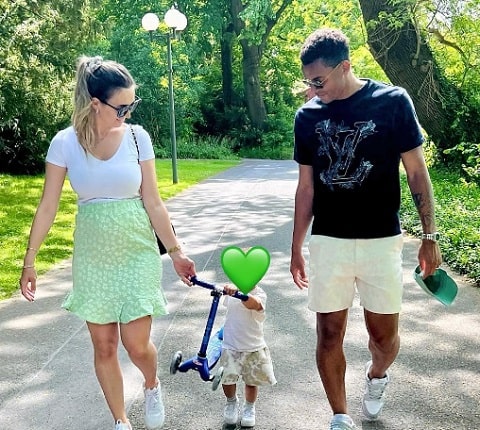 Coming into her educational qualification, Windler attended the International School of Geneva. To pursue further education, Windler moved to the United States of America and received a bachelor's degree in Interior Designing from New York University (NYU).

Details On Her Career

After completing her education, Windler started her career, but there is not much information about it. But some sources have mentioned that she may have worked as an interior designer as she holds a degree in Interior design.

Besides that, Windler is also a loving and caring housewife who takes good care of her family and husband in a very good way. So, Windler is busy with her work and does not appear much in the media. Her private nature makes it more challenging to know about her professional life.

Akanji was interested in pursuing a football career from an early age. His career started with the local club in Wiesendangen. From 2007 to 2014, he played for Winterthur. The professional defender made his Swiss Super League debut representing Basel on September 26, 2015, playing against FC Lugano.

With Basel, he made 42 appearances and scored five goals. On January 15, 2018, Akanji was transferred to Borussia Dortmund and signed a four-and-a-half-year contract with the team. He played along with Erling Haaland and Marco Reus in the 2021 season. Apart from that, Akanji has also represented the national team at various levels. 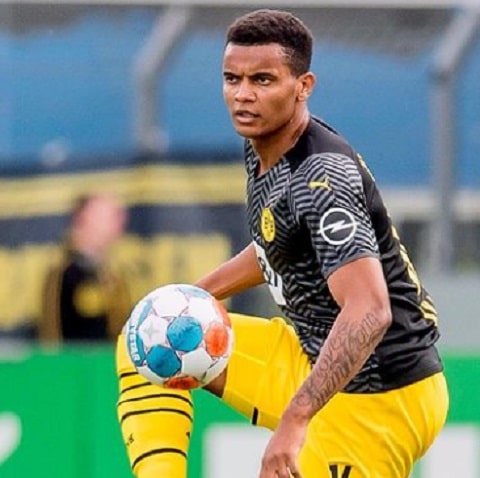 Melanie Windler is an active Instagram user but has kept her account private. Her Ig username is @melanieakanji, and at the time of this post, she has been followed by more than 10.3k followers. Apart from that, her husband, Akanji, is a verified Instagram user registered as @obafemi_36.

Akanji has collected more than 311k followers. From his profile, Akanji shares details about his personal and professional life. Not only that, but he has also shared some moments with his family, wife, and kid.