Ricardo Rodriquez is a talented Swiss professional football player currently signed with the Serie A club Torino Football Club. He also plays for the Switzerland national team, having represented the nation on several occasions. His playing position is left-back.

Born in 1992 in Zürich, Switzerland, Ricardo Rodriquez celebrates his birthday on the 25th of August every year. He goes by the birth name of Ricardo Iván Rodríguez Araya. Likewise, his zodiac sign is Virgo.

His father's name is Jose Rodriguez, and his mother's name is Marcela 'Araya' Rodriguez. Apart from his parents, he has two brothers, Roberto Rodríguez and Francisco Rodríguez. Both of his brothers are well-known footballers.

Unfortunately, his mother passed away in 2015 due to cancer. To honor his mother, Ricardo tattooed his mother's birth year, 68, on his back. 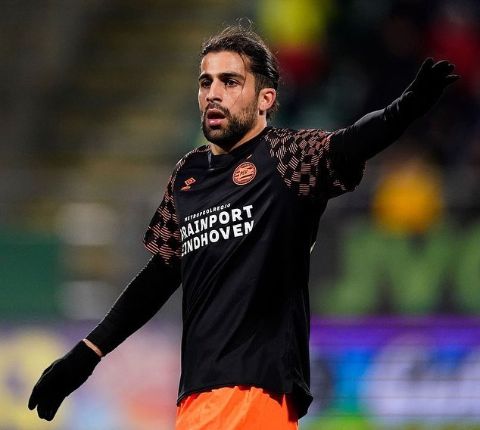 He played for the club until the end of 2011-12 season and made 35 club appearances, scoring 2 goals. For his good performance in the 2011-12 season, he was voted the FC Zürich Fans' Player of the Season. In January 2012, VfL Wolfsburg bought Ricardo for £7.5 million.

Around the same time, he signed a four-and-a-half-year contract with the club. The left-back was able to fit in the first team in no matter of time. In his 2013-14 season, he had displayed an amazing performance with five goals and nine assists, creating more goals than other full-backs in Europe. Likewise, he also had more successful dribbles per game than Cristiano Ronaldo, with 2.6 successful dribbles per game.

His overall time with VfL Wolfsburg was successful, with him making 149 appearances over four-and-a-half-year and scoring 15 goals. With the club, he lifted the 2014-15 DFB-Pokal title and 2015 DFL-Supercup title. In June 2017, he signed a 4-year contract with Serie A club A.C. Milan.

His fee was reported to be €15 million with an additional €2 million in bonuses. He played 74 games for the team before being sent on loan to the Philips Sport Vereniging (PSV) to complete his final year. When his loan period with PSV and his contract period with A.C. Milan, he signed with Torino on a 4-year deal.

Ever since then, Ricardo has been playing with the team and has made 16 appearances as of this date.

In 2011, he made his senior team debut playing against Wales in a Euro 2012 qualifying match. After that, his senior team appearance increased as he continued to perform amazingly on the pitch. For his good performance, he was even named the 2014 Swiss Footballer of the Year. 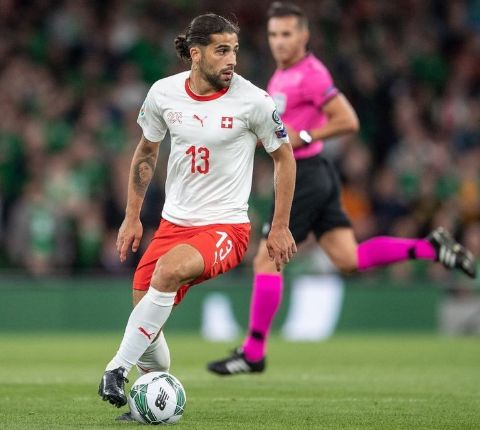 Later, he represented his nation at several tournaments such as the 2014 FIFA World Cup, UEFA Euro 2016, 2018 World Cup, and the 2019 UEFA Nations League Finals. As of this writing, he has played in 80 games for his nation and has scored 9 goals.

As per Celebrity Net Worth, the 28-year-old Ricardo Rodriguez has a net worth of $10 Million. He earned such fortune as a talented football player who has displayed his skills for his club and nation. His annual salary from Torino is reported to be €1.5 million with a weekly wage of €30,000.

Likewise, he also receives a healthy sum from his brand endorsement deals. As per sources, his current market value is €2 million (last updated on May 25, 2021), although it was €28 million in his prime time during July 10, 2014.

Ricardo's Personal Life: Is He Single or Married?

The Swiss football player is currently in a blissful relationship with his long-time girlfriend. Although Ricardo hasn't hesitated to flaunt pictures with his partner, he has maintained secrecy over her details. 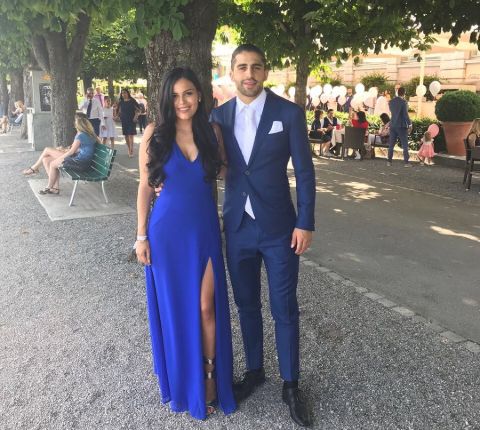 Due to his secrecy, not much is known about his girlfriend. However, there are a few known details about the boyfriend-girlfriend duo's relationship. The two have been dating over for a long time, which can be proved by Ricardo's Instagram pictures with her that date back to December 2015.

Going by that, it surely seems that they have a strong bond, and they might tie the knots in the upcoming years.