Mamadi Diakite is a Guinean Basketball Player who ended his chapter as a player for Virginia Cavaliers of the Atlantic Conference (ACC) and has put his name to be submitted in the 2020 NBA draft. As a high school player, he was a consensus four-star recruit and the top prospect in the state of Virginia who committed to Virginia on 4th August 2015.

Diakite was born on 21st January 1997 under the star sign Capricorn. He was born in Conakry, Guinea to father Aboubacar Sidiki Diakte who is a health inspector general of Guinea.

Diakite is one of the top 100 prospects in the 2020 NBA draft who has submitted his application in the concerned department to declare for the draft. The power forward is ranked as the #85 prospect by the recruiting website ESPN who is assumed to be drafted in the mid to late pick of the second round.

If the Guinean nationality Diakite is lucky enough to be selected in the second round of the overall pick, his projected salary is expected to be in millions of dollars. Since the last years' #59 prospect, Dewan Hernandez, has signed a three-year contract worth $4.198,912 with the Raptors after being drafted.

Some of the top picks in the draft are Anthony Edwards, LaMelo Balls, and Killian Hayes who will have have the top contracts in the league if they are selected in the same order. 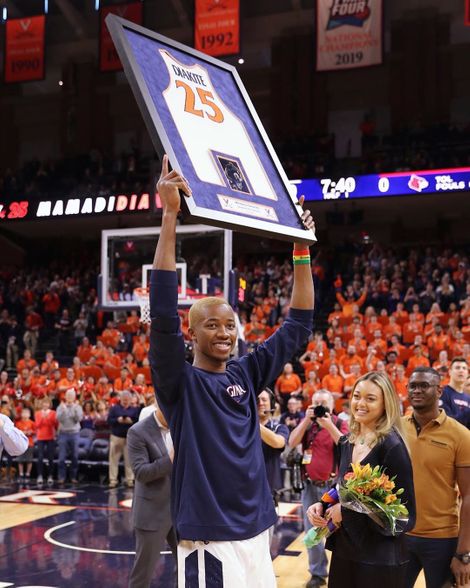 Coming to his net worth, he is still a college basketball player who does not receive any means of payment from his college but in exchange for their talents, they tend to receive bonuses and incentives in terms of scholarship and Insurance which help the players focus on developing their skills on the court. The total cost tally to $32,095 per semester for the Non-Virginia Resident at the University of Virginia.

As mentioned, Mamadi has not earned any substantial cash from his profession for the time being. His net worth is still under review and will be updated soon. 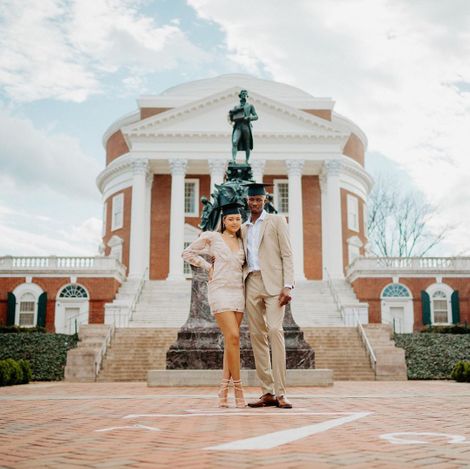 The couple started dating back in 2019 while attending the University of Virginia. Both of them have graduated from college and are moving forward to conquer their dreams.

As a small forward, he certainly has a good build for the job, and certainty seems to be using it well in the games.