Rated a five-star recruit and the Top Shooting Guard by major recruiting services such as 247 News, ESPN, and the Rivals in the 2019 class, Anthony Edwards has also ranked as the top prospect in the 2020 NBA Draft above LaMelo Ball. Anthony is an American Basketball Player who plays college basketball for the Georgia Bulldogs. Prior to the University of Georgia, he finished his high school education at the Holy Spirit Preparatory School.

Edwards was born on 5th August 2001 under the star sign Leo and was brought up in Atlanta, Georgia. Initially, he was playing football but decided to switch paths after seeing his brothers play basketball. Edward's thought about basketball "it looked more fun"

The Shooting guard for the Bulldogs has chosen to forgo his remaining college basketball eligibility by signing with an agent and declared his intention of joining the Professionals at the National Basketball Association.

Although there were ups and downs in his current team who might not be able to qualify for the NCAA, he has still ranked #1 prospect in the draft thanks to his individual ability and skills on the court. He is projected to be the no. 1 pick. If he is selected as the number 1 pick in the draft, he will have a salary of $8,131,200 in the first year of his contract. 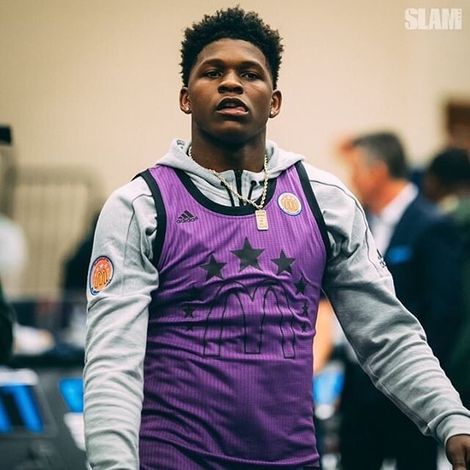 The McDonald"s All American choose Georgia University because of his two reasons, Dwyane Wade and Victor Oladipo who are his favorite players. He choosed the Bulldogs over offers from Florida State, Kansas, Kentucky, and North Carolina. As a sports athlete, he enrolled at the college through scholarships worth $30,000 or more.

Furthermore, the estimated net worth of the shooting guard is still to be concluded after his official entry into the NBA.

Who is Anthony Edwards' Girlfriend?

The Georgia native is living a single life without any rooms for controversies in the media. Edwards might be the best player in the basketball league but definitely has shortcomings in this area. He is yet to find a soul who would be there for him.  But from his recent post on his Instagram might explain his choices. 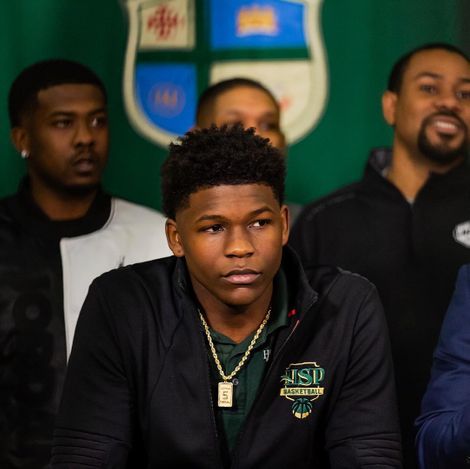 Furthermore, as a top contender in the basketball industry, he might be looking to grab his professional life rather than his personal life. Whatever the reason, the 17-year-old is still young and does have a lot of time on his hand to find himself a lovely partner.

The 17-years-old legal guardian is his brother Antoine Edwards and sister Antoinette Edwards. His siblings hold legal custody over him as his parents are no longer with them. His mother Yvette Edward and his grandmother Shirley Edwards both died of cancer during an eight-month span in 2015.

Edwards wears the number #5 jersey to honor his mother and grandmother as both of them passed away on the fifth of the month. Belonging to a struggling family, he worked as an instructor in a number of youth camps during his high school life.

With a power frame, he is one of the best shooting guards who was ranked fourth in the 2019 class by ESPN and other recruiting services.