Dewan Hernandez is an American professional basketball player for the Raptors 905, on assignment from the Toronto Raptors of the National Basketball Association (NBA). While he was in high school he played for Miami Hurricanes.

Dewan Antonio Hernandez on December 9, 1996, in Miami, Florida, he completed his high school from Miami Norland. He was picked 59th overall in round 2 in the 2019 NBA draft by Toronto Raptors. Dewan belongs to Trinidadian and Honduran descent.

The center forward has just been drafted in the NBA and signed an entry-level contract with Raptors. He currently plays in the NBA G League and reportedly earns $898,310 as an annual salary in 2019. 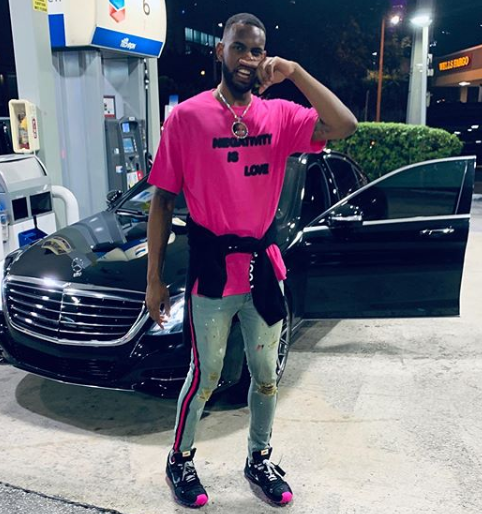 He must be earning a good amount of wealth through his sponsorship but so far he has not disclosed his actual income in front of the public.

The 23 years old power forward is currently single and unmarried. He is young and he knows he has a long way to go in his career. He has devoted himself to his career and he is having a rough training in Raptors training camp.

While he was in high school, he had a girlfriend who allegedly betrayed him. As per some reports, he was accused of beating and dragging a boy who he found hiding his ex-girlfriend Autum Williams’ dorm room at Florida International University.

He faced betrayal in his relationship, and now it seems he only wants to engage in his games rather than anything else.

Hernandez belongs to a poor family where he grew up with his brother and cousins playing basketball. His father was a salaryman, and they used to live in a broken house where he did not have the necessary resources. He grew up in Florida where he finished his high school education from Miami Norland High School and later on, he enrolled at Miami University.

After being recruited as a center forward in NBA, he has somehow managed his family in a proper way and he is living with his mom and dad in Florida.

Dewan pursues his professional career while he was at his high school and was the Miami Herald 8A-6A Player of the Year during that time. Hernandez was also named to the McDonald's All American team where he competed in the McDonald's All-American Game in 2016.

Following the same year, he was also rated as a five-star recruit and was ranked 28th in the 2016 high school class by ESPN. In 2018 he got finally got an NBA draft but later withdrew his name.

Hernandez was drafted in the second round, 59th overall, in the 2019 NBA Draft by the Toronto Raptors and on July 2019 received his first NBA G League assignment to the Raptors 905.

Dewan seems to be a strong point for his team but due to his injuries, he has not been able to perform with the full strength. The Raptors rookie recently suffered an ankle sprain recently and has been left out of the Raptors' current NBA games.