Madison Keys is an American professional tennis player who achieved a career-high ranking of N0. 7 in the world in October 2016. Since early 2015, she has been consistently ranked in the top 25 by the Women's Tennis Association (WTA). She became a professional since February 17, 2009.

A native of Rock Island, Illinois, Madison Keys was born on February 17, 1995, under the star sign of Aquarius. She has a height of 5 feet 10 inches and plays right-handed (two-handed backhand). At the 2017 US Open, she played in one Grand Slam tournament final. She also competed at the 2016 WTA Finals.

Madison Keys has an estimated net worth of $8 million. So far in her successful professional tennis career, madison has won a total of 5 WTA, and 3 ITF Singles and 0 WTA, 1 ITF doubles for which she received a cash prize of $12,233,266. Her 2020 earnings so far is $142,000. That's the amount she earned from playing matches, but that’s not all of Rogers’s earnings. 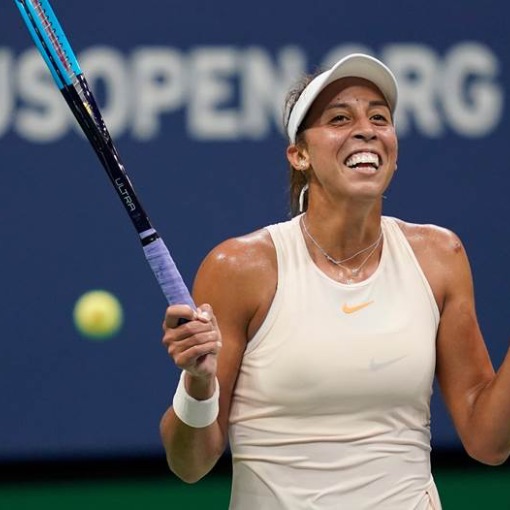 Madison Keys at the US open 2018 SOURCE: Indian Express

Madison also earns money from her sponsorships, businesses, and promotions and endorsement deals. She usually wears Nike clothes on her matches. Madison is yet to reach the level of some of the famous players such as Naomi Osaka, Serena Williams, Maria Sharapova, whose career earnings are $14,417,479, $92,543,816 and $38,703,609 respectively.

Who is Madison Keys Dating?

The 26-year old Madison Keys is currently dating fellow American tennis player Bjorn Fratangelo, who is the only second American out of three to win the boys' singles titles at the 2011 French Open. They started dating as of the end of 2017 and now the relationship is Insta official. 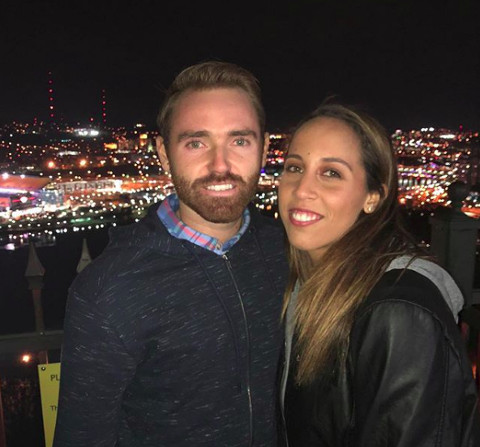 Fratangelo, who is 27-year old, named after tennis legend Bjorn Borg, won the boys’ singles title at Roland Garros 2011 and became a professional since 2012. As of now, he is ranked No.111, while his highest ranking was No.99. He still has not won singles and doubles ATP titles.

Madison was born on February 17, 1995, to parents Rick Keys and Christine Keys. Her parents are attorneys, and her father was also a Division III All-American college basketball player at Augustana College.

Madison grew up in Rock Island, one of the Quad Cities in northwestern Illinois. She has two younger sisters and an older sister. She is the only daughter of her family who plays tennis. Her passion for tennis started at an early age. She showed interest in the sport after watching Wimbledon on TV when she was four years old.

Keys treats Roger Federer with deference because of his class and his positive attitude on the court. Her favorite players were also Venus Williams and Serena Williams growing up.

Madison is an ambassador for the Organization "Fearlessly Girl", that fights bullying and cyber-bullying, with a focus on reaching out to high school girls. She was the first to co-host a summit conference for the organization with the founder Kate Whitfield in her hometown of Rock Island in 2016.