Former WBC International lightweight titleholder Luke Campbell is a well-known British professional boxer. He has been boxing for more than fifteen years. Luke held the WBC Silver and Commonwealth lightweight titles from 2016 to 2017 at the regional level and has also competed for lightweight world titles; the WBA and The Ring titles in 2017; and the WBA, WBO, The Ring, and vacant WBC titles in 2019.

Luke Campbell celebrates his birthday on September 27. He was born in 1987 in Hull, East Yorkshire. Campbell is among the two children born to Jill Campbell and her husband, Bernard Campbell. He has a brother named Kane. Luke started competing in boxing from an early age, so there is not much information about his education.

How Rich is Luke Campbell?

Luke Campbell has an estimated net worth of more than $5 Million. He has accumulated most of his net worth through his successful career with boxing. He has been earning a good sum through his endorsement deals and contracts with advertising boards. 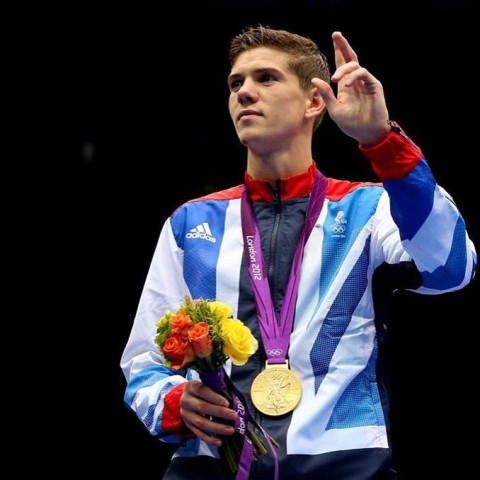 Luke at the medal ceremony in 2012 Olympics SOURCE: Instagram @ luke11campbell

In 2019, Luke earned more than $3.5 Million from his fight against Vasyl Lomachenko. He earned 50%, including a pay-per-view bonus share. His opponent took home more than $6.5 Million for the single fight. Luke lost the match in the final round via unanimous decision.

Luke is very much early in his career. He shall be earning much more in the days to come. He has already started to earn millions. Luke is set to face Ryan Garcia in early 2021, from which he is expected to earn millions. Isaac Chamberlain is another famous British-boxer who has earned a similar net worth throughout his career.

Father of Two Children; Who is his Wife?

Luke is a happy married man. Luke is married to his longtime girlfriend, Kraanen. The love birds have been married for more than five years. They had seen each other for sometime before tying their wedding knot. 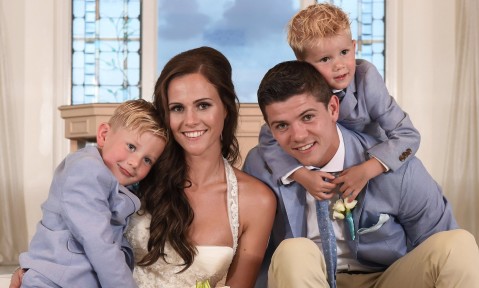 Luke Campbell with his wife and children SOURCE: Daily Mail

Soon after their wedding, the love birds welcomed two sons. Campbell has become very much successful in keeping his family life away from the reach of the media. He likes to spend his free time with his children. Luke keeps sharing photos of his family on his social media account regularly.

Luke has been boxing from an early age. He was part of the 2008 European Boxing Championships. He won the tournament. He even got selected for the 2012 Olympics. Campbell won gold in the 56 kg division. He joined professional boxing in 2013. He made his debut up against Lee Connelly, defeating him in fifth-round stoppage time.

In 2014, Campbell won his first major title of WBC International lightweight title, defeating Tommy Coyle. Shortly after this title win, He lost his first professional game against Yvan Mendy.  Luke won the WBC Silver lightweight title in 2016 up against Argenis Mendez. By the end of 2016, Luke had become a known-figure in the boxing federation.

In 2019, Luke lost his title matchup against Vasyl Lomachenko. He was set to face Ryan Garcia in late 2020, but the match got postponed for January 2021. The match is for the vacant WBC interim lightweight title.