Lukas Klostermann is a professional football player from Germany and currently plays in the top German league, Bundesliga. He plays in the right-back position for RB Leipzig and has been playing for them since 2014. In his more than 160 appearances at the club, he has scored 10+ goals as a left-back.

In 2015, he was awarded the Under 19 Fritz Walter Medal. The medal is given to the youth talents by the German Youth Footballers.

Who is Lukas? Who are his parents?

Lukas Manuel Klostermann, also known as Lukas Klostermann, was born on June 3, 1996, in Herdecke, Germany. According to astrologers, his birth sign is Gemini. He was born to his father Andree Klostermann and his mother Ulrike Klostermannn. He is unsure where his family is originally from and their personal information. The player has never talked about them nor mentioned them on their social media.

But as per sources, his family background is an athlete. His mom used to run all around, while his dad was also a professional runner who ran 100-meter hurdles.

He grew up with his sister Lisa Klostermann, a professional football player.

Who is Lukas's sister?

Lukas's sister Lisa in full, Lisa Katharina Klostermann, was born on May 28, 1999.

She used to play in the goalkeeper position for different local teas, including MSV Duisburg and SGS Food. Currently, Lukas's younger sister is studying sports and biology.

His weight is around 88 kg, and he has short brown hair.

L Klostermann's Net worth || His market value, salary, and Contracts

According to the sources, Lukas Klostermann's estimated net worth is $8 million approximately. His primary source is playing football for different teams. 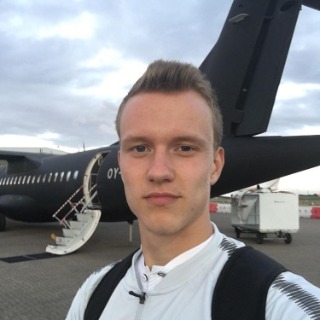 Lukas Klostermann in front of an airplane SOURCE: [email protected]

He also earns from sponsors and deals.

Salary and Contract with Leipzig

Lukas is playing in the top leagues of Germany for RB Leipzig, where he earns an attractive salary. Per Salary Sports, he currently makes £4,264,000 per year with his current club. So, his salary per week at RB is 82 thousand pounds.

As per the same source, he is the highest-earning player in his current club. After him, the second-highest earning Leipzig player is Portuguese striker Andre Silva. He earns £3,692,000 per year at the club.

Read: Salary of Denis Suarez with Celta and Barcelona

The market value of Lukas K is 23 million pounds in January of 2022, according to transfermarkt.

It has slightly decreased from its market value of 38 million pounds in July 2020.

Sponsorship and Partnerships with Nike

He's one of the major sponsors of Nike, which is a sports accessories manufacturer. He frequently promotes them on his Instagram.

But the monetary transaction between them is not revealed at the moment.

Is Lukas dating anyone? Or is he married?

Lukas Klostermann is currently living in an open relationship with his girlfriend Laura. The couple has been in a relationship for over three years since 2022.

Laura is quiet about her relationship with her boyfriend, but Lukas does not hesitate to reveal his dating life openly. He has been sharing his moments with his partner since 2017, but they must have been dating even before.

Read: Twardek's relationship status || Is he dating anyone?

Who is Lukas's girlfriend Laura?

Laura is famous for becoming the girlfriend of the young German defender Lukas Klosterman. She has been with him for more than three years. 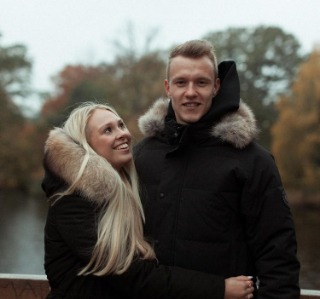 She is a secret person who has talked much opened and shared about her relationship. But she can be seen frequently seen with her future girlfriend.

Lukas Klostermann started playing football at the early age of five years old. As a youth, he played for different teas. He was first scouted by FSV Gevelsberg.

He was one of the players that helped the team to be promoted to Division A of Germany in 2016. Since then, he has been playing for the team.

His Instagram username is @lukaskl96 and has more than 74,600 followers. His Insta is filled with photos of himself, and his games and training.

Extracting his Instagram profile, we can find that he is very fond of visiting different places. He has shared his vacation time in different areas, including the Bahamas and others.