Niklas Dorsch is a professional football player from Germany who currently plays in the German top league, Bundesliga. He plays in the midfielder position for Augsburg where he joined in 2021. He wears the Number 30 Jersey for his team.

He is also in the German national team and has already represented them in different tournaments. In 2021, he was also in Germany's squad that won the UEFA European Under 21 Championship.

Who is Dorsch? His Personal Information, Family and Early Life

Niklas Bernd Dorsch, famously known by the name Niklas Dorsch was born on January 15, 1998, in Lichtenfels, Germany. According to astrology, his birth sign is Capricorn. 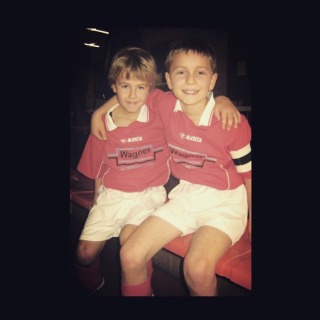 Read: Who is Lukas Klustermann? Who are his parents?

Information regarding his father's name and mother's name is still not revealed at the moment. But he is very close with his grandmother. In 2021, after winning the European U-21 Championship he dedicated himself to his granny. He said,

"I have to say hello to my grandmother. She’s sitting in front of the TV. She sent me the best message in a long time." He added, "Grandma, I love you, thank you for everything"

What is the height and weight of Niklas Dorsch?

His weight is around 72 kg and has short well-trimmed brown hair.

At just 24 years old, the German midfielder is proving his worth in the top league. He has also been successful in earning a massive amount by playing professional football.

According to Salary Sport, his yearly wage at Augsburg is £780,000 and weekly £15,000. The same source claims that the highest-earning Augsburg player is Tobias Strobl who earns £1,976,000 per year. 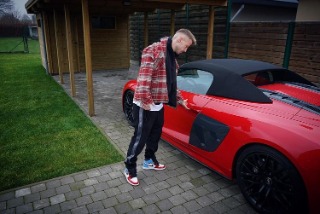 He mostly earns from playing football with a different team. But he has not been able to play in the top leagues.

He is also fond of luxuries items like automobiles and others. He often flexes his cars on his Instagram.

Niklas Dorsch is a quiet person who does not like to share about his relationship in public He has never mentioned any partner on his social media too.

He is focusing to build his career rather than spending time with girls. So, he must be living a single and happy life on his own in Germany. Also, he is not previously married or engaged.

Read: Who is Jordan Torunarigha dating? His relationship status

Niklas Dorsch is also an active social media user who is active on Instagram.

His Instagram username is @niklasdorsch and has more than 101,000 followers. His Insta is filled with photos of himself, and his games and training.