Jefferson Savarino is a professional football player from Venezuela and currently plays in the Brazillian top league, Brazillian Serie A. He plays in the winger position for Atletico Mineiro and has been playing for them since 2020. He wears jersey number 17 for his club.

The Mineiro's winger won the Campeonato Brasileiro Serie A 2021 with his club Atletico. The same year, Mineiro also won the Copa do Brasil and Campeonato Mineiro, a state-level league. Before joining Mineiro, he was with Zulia Football Club where he won Venezuelan Primera Division and Copa Venezuela in 2016.

Jefferson David Savarino Quintero, famously known by the name Jefferson Savarino was born on November 11, 1996, in Maracaibo, Venezuela. As per astrology, his birth sign is Capricorn.

His father's name and mother's name are still not revealed. But he has shared his dad's photos on a few occasions. A Venezuelan winger, Jeff is a quiet person who has never shared his family background and personal information in the public. 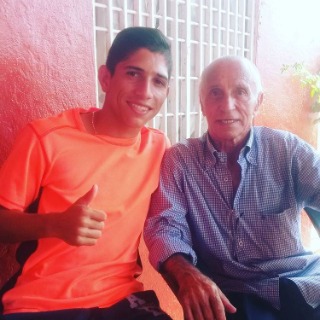 Though he is close with his father, he did not get enough care from his mom. As his mother died in 2006 when he was just 10 years old.

He also has a brother whose name is also unknown at the moment.

His weight is around 60 kg and has short black hair. 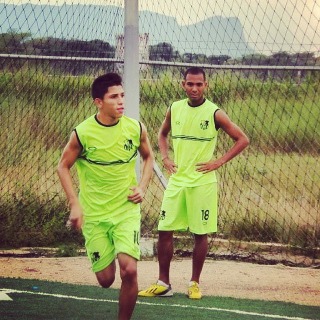 Later, Real Salt Lake bought him from Zulia. He played for the club until 2020 before removing t the Brazilia club Atletico Mineiro.

Till now he has already scored 15 goals in 68 appearances.

How much is Savarino's net worth? His career earnings and Salary

According to sources, Jefferson Savarino's net worth is estimated to be $2 million approximately. His major source of income is from his profession of playing football for different top clubs. 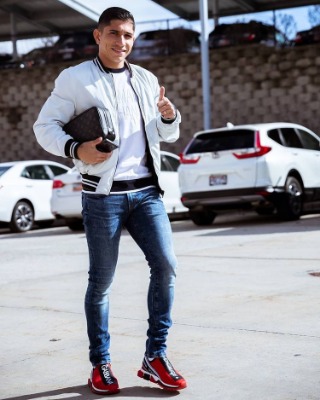 He lives a moderate life with his family in Brasil in 2022. He does not share much about his cars and houses with his fans but he definitely likes visiting different places and posting them to his fans.

According to Salary Sport, the yearly salary of Jefferson Savarino is £161,200 per year. He earns £3,100 weekly with his current club.

He is one of the lowest salaried players at the club. The highest-paid Mineiro player is Brazillian Hulk who earns £2,236,000 per year. 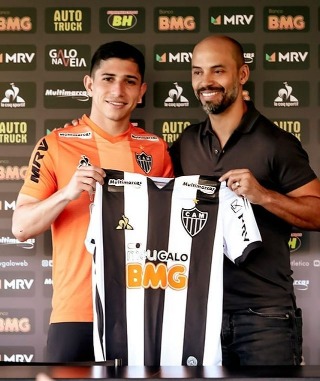 Similarly, Diego Costa and Eduardo Vargas are the second-highest-paid players whose salary is £1,612,000 per year.

According to transfermarkt, the young Venezuelan winger has a market value of 8 million pounds.

His market value has skyrocketed since joining Atletico Mineiro which was just 1.2 million pounds in 2020. Atletico bought him from Salt Lake at just 1.8 million pounds.

As per sources, Jefferson Savarino is currently happily married to his wife Jeiglys Duarte. The couple has been married for more than 6 years as of 2022.

The couple initially started dating in 2014, and at that time Jeff was in Zulia. The couple dated for a few years. He used to share his girlfriend's photos on his Ig. 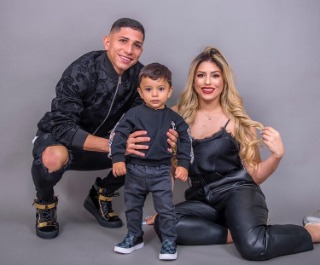 Jefferson Savarino with his wife and son SOURCE: [email protected]

Read: Who is Sam Adekugbe dating? His girlfriend and dating life

The couple got married on October 27 of 2016 in the presence of their close friends and relatives. They have shared a couple of their wedding photos through their social media.

Since then, his wife has been traveling wherever he goes and helping him with his profession.

Once in an interview with the Major League Soccer when asked if he is missing his home, he said,

"I miss the food more, but I have my wife who cooks for me. I miss my family, of course. I miss Venezuela. I miss Maracaibo.”

He has always expressed his love for his partner's support. They celebrated their 5th marriage anniversary on October 27, 2021. He posted a long post dedicated to his love. He said,

"TODAY I am celebrating my 5th anniversary with my beloved wife @jeiglyspduarte such a day as today we made our pact together with God and I am grateful to him for our union that has been a blessing and will continue to be."

Who is Jeff's wife Jeiglys?

Jeiglys Duarte is famous for being the wife and life partner of Venezuelan footballer Jefferson David Savarino. She has been with her love for more than 6 years. 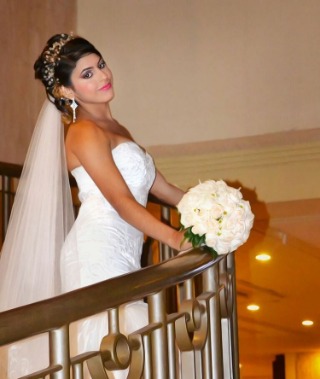 Duarte celebrates her birthday every year on the 8th of March. She is also active on Insta where she has more than 12,000 followers. Her Insta id is @jeiglyspduarte and has set it private.

Jefferson S: Father of a son

Jefferson Savarino and his wife Jeiglys Duarte are proud parents of their boy, Stefano Savarino. 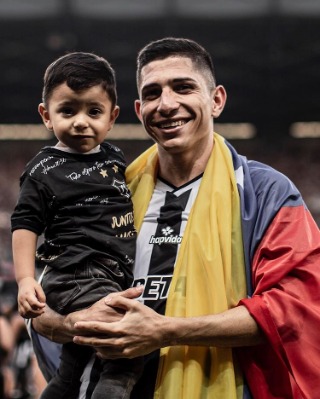 He frequently shares his child's photos on his social media.

Jefferson Savarino uses Instagram where he has more than 201,000 followers. His Insta Id is @savarino10.

He likes to share about his games and training, time with families and himself chilling on his social media.