Kris Twardek is a professional football player from Canada and currently plays in the League of Ireland Premier Division, a top-level Irish league. He plays in the winger position for Bohemian Football Club and was signed in 2021. Previously he used to play in the FK Senica. He wears jersey number 12 for his club.

He is also on the national team of Canada and made his debut against El Salvador in 2017. The same year, he was nominated the Under 20 Player of the Year of Canada. But before playing for Canada, he represented the Czech Republic in their Under 17, Under 18, and U19 teams.

Who is Kris? His Bio, Family and Early Life

Kristopher David Twardek, famously known by the name Kris Twardek was born on March 8, 1997, in Toronto, Ontario, Canada. According to astrologers, his birth sign is Pisces. 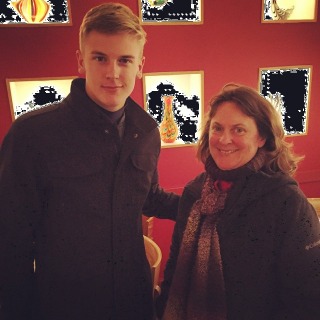 He was born to his mother Kathy Twardek and his father Yirika Twardek. As per sources, his mother is originally from Canada while his father is from the Czech Republic.

There is no further information regarding his siblings.

He used to play football since his early days. At just 5 years of old, he joined West Carleton SC, in Canada. After that, he joined Ottawa South United and graduated from there. Later, in 2015, he signed for Millwall Football Club from England when he was 18.

Twardek's height and weight: How tall is he?

His weight is around 79 kg with an average body shape. He has black eyes and short brown hair.

What is the net worth of K Twardek? His Career Earnings and Salary

As per sources, the net worth of Kris Twardek is estimated to be $100,000 approximately. His main source of income is from playing football for various clubs including Millwall and Bohemian.

His net worth includes all his properties, jewelry, cars, houses, earnings, and others.

Read: The net worth of Diogo Dalot || His income and his properties

How much does he earn at Bohemian? Contract and Salary

In the 2021/22 season, Bohemian signed the former Senica's winger on a free transfer. His contract will expire on November 30 of 2023. 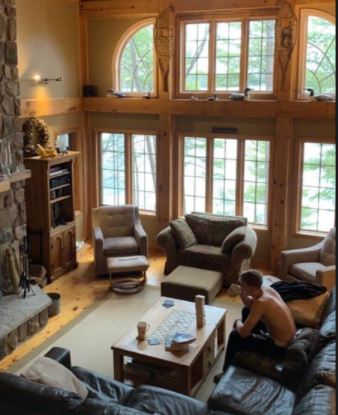 The same report claims that the Bohemian club is at loss. So, how much is Kris's salary at Bohemian FC? His estimated salary is 7,000 pounds.

The market value of Kris

According to transfermarkt, the market value of Kris Twardek is estimated to be $193 thousand. It is the highest value the player ever has.

But he is just a young player whose value can increase in the future.

Twardek's relationship status || Is he dating anyone?

Kris Twardek is currently dating his beautiful girlfriend Hannah Shackell. The couple has been together for more than 2 years as of 2022.

Kris is a quite secretive person who rarely shares his personal information with the public. That too implies his relationship status. But he has shared a couple of photos with his girlfriend. He has wished her on different occasions. He has never mentioned his partner Hannah in any of those photos. But once, he wished on her birthday saying Love You.

That confirms that the couple is in relation.

Who is Kris's girlfriend Hannah?

Hannah celebrates her birthday on the 7th May of every year. She was born in 1998, so she is 1 year younger than her love. In 2021, he wished her on her birthday saying,

"Happy Birthday Han. So many great adventures and memories together. Love you & proud of you"

She is active on Instagram with the name @hannah.shackell and has more than 2400 followers. We couldn't extract her further information as she has set her profile as private.

7 Clubs in 6 years: The Career of Kris T

The Czech - Canadian winger has not had a stable career. He has played for 7 different clubs in 6 years of his senior career.

Firstly, in 2015, he was promoted to Millwall FC's senior team. He was sent to Braintree Town FC and Carlisle United on loan in 2017 and 2018 respectively.

Then in 2018, he was signed permanently by Sligo Rivers before moving to Bohemians in 2020. 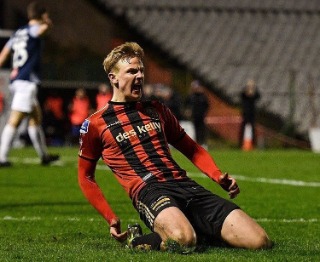 He spent the 2020-21 season in Jagiellonia Bialystok and later moved to FK Senica in 2021.

Finally, he is again in his previous club Bohemian FC. The contract is set for 2 years and it is also not sure he will be spending all the time in his current club.

And this all transfers, he is just 24 years old.

He is an active Twitter user and has a fan following of more than 3,000 followers. His Twitter Id is @twardek.

He is also active on Instagram where he shares about his games, private life, and time with friends. His Insta Id is @kristwardek and has more than 3,000 followers.