Roko Prkacin is a Croatian professional basketball player who plays for Cibona of the ABA League and the Croatian League.

The 18 years old power forward is non arguably one of the most talented and versatile players of the generation along with Cameron Thomas and RJ Nembhard. At the age of 17, he became the youngest caption in the history of the club.

Roko Prkacin was born on 26 November 2002, to a Croatian family in Zagreb, Croatia. His father Nikola Prkacin is also a former professional basketball player and a coach. His mother Katarina Prkacin is a housewife.

At an early age, he developed his basketball skills through the youth system of Cibona where he won the U-16 Europe Youth Basketball League Tournament with his team. He was named the top scorer and the MVP of the tournament.

In 2018 he was sent on a loan to KK Rudes of the second-tier Croatian First League. After a great season with Rudes, he was called back to his team. After a year with the club, he was named the caption of the club at 17 making history for the club. 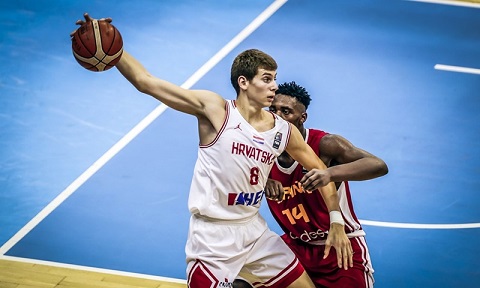 He made his national team debut at the 2018 FIBA Under-17 Basketball World Cup averaging 12.3 points per game. Further, he was the part of Croatian national team that won the Gold at the 2018 FIBA Europe Under-16 Championship. Roko's senior international debut came on 27th November 2020 EuroBasket 2022 Qualification.

Talking about his personal life, the 20 years old professional power forward doesn't seem to have any affairs or girlfriend. He is still too young and smart enough not to engage himself in any affairs or relationship. 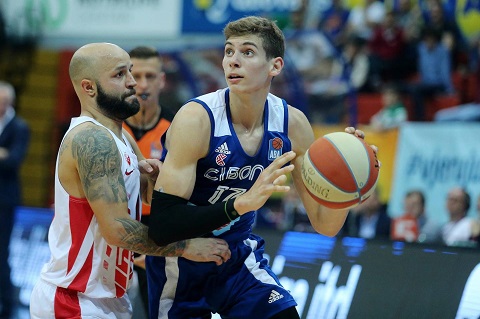 His only love and relationship are with his game and his career. Just at the age of 17, he was selected as the team caption of his club which shows how focused and determined he is towards his game and career. Stay tuned we will have an update as soon as he will be dating his girlfriend. Being a basketball ball player Roko admires Croatian national football player Luka Modric.

Roko Prkacin's Earnings and Net Worth

Roko is still trying to be on top of his game and look for better opportunities from big clubs to have his future secured and have great earnings. As of 2021, he is having a decent earning from his club adding to his net worth. 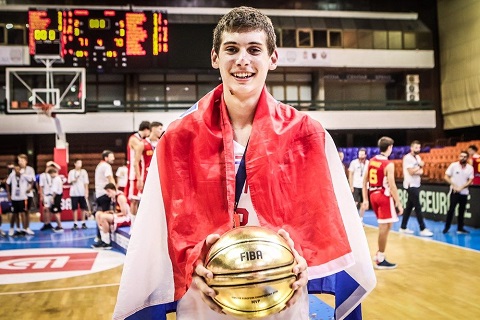 Roko Prkacin has an estimated net worth of $0.2 million in 2021, including his earnings and salary. His monthly salary hasn't been disclosed yet. He will be further looking for the right endorsement deals with top sporting brands It is sure that if he remains on the top of his form for years he will have a huge net worth in the future.