Gossip Karim Benzema's Net Worth? Get Detail On His Contract & Salary

Karim Benzema's Net Worth? Get Detail On His Contract & Salary

Karim Benzema, one of the most successful footballers of this decade, certainly gained much success over the years. And with his victory in the field, his bank account grows accordingly, earning millions a year. And the six-foot-one-inch soccer star is a hot topic in 2022 for football fans. Not only for his role in the French national soccer squad but also as the winner of the 2022 Ballon d'Or.

Benzema bagged his first Ballon d'Or on October 18th, 2022. And so, the French footballer cemented his legend and took his place among the greats like Messi, Ronaldo, Ronaldinho, and others. And with his name written amongst the greatest, Karim also makes money like one. And currently, the French striker owns millions as his assets.

As of 2022, Karim Benzema owns tens of millions in net worth!

Earning hundreds of thousands a week, it's no surprise that Karim Benzema currently holds an estimated net worth of over $70 million as of 2022. And the talented French soccer star earns the predominant part of his wealth as a footballer. As one of the top players of his era, Benzema also draws his income from his many sponsorship deals with top sportswear brands. 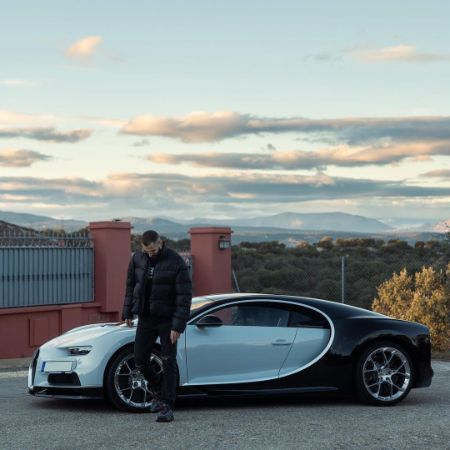 And talking about his income, Karim earns an estimated €461,538 a week. Similarly, Benzema makes roughly around €24 or $23.9 million annually. And that's from his salary from football alone.

As we mentioned before, given the heights of Benzema's career in recent times, he's signed a lucrative deal with big-name brands. And currently, the sportswear Adidas pays the French soccer star millions annually. The game developers EA or Electronic Arts also signed a contract with Karim. Hyundai and Bwin signed a multi-million deal with the talented footballer.

And from all the money he earns from his salary and sponsorship, Karim gives his wife and children a life of luxury. Besides, Benzema and his family reside in La Moraleja, Spain, because of his contract with Real Madrid. And more on Benzema's properties are down below!

Karim Benzema and his family live in a luxury house with many facilities. And according to many online sources, his homes are worth $2.7 million as of 2022. And the talented Benzema owns real estate in both Spain and France. And from the glims of his mansion on his Instagram, Karim's fans can see how luxurious his place of residency is. Aside from a five-star worthy house, Karim also likes sports cars. And so, among the fleet of cars he owns, Benzema must also possess a couple of supercars. And the 2022 Ballon o'Dr winner affords such pleasures in his life thanks to the work he put in.

Since Karim Benzema started his career in soccer, he wanted to be the best. And although Lyon became his starting point, it was in Real Madrid where Benzema shined like a star. And throughout his long football career, Karim has scored over 300 goals, including in clubs and international matches. 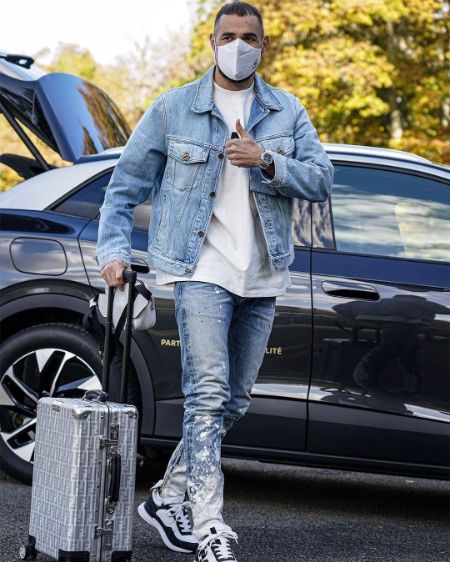 With the 2023 transfer window, fans remained anxious that Karim would change clubs. But, those anxious thoughts faded when Real Madrid announced they had extended Benzema's contract till 2024. The Spanish football club is also working on Vinicius or Vini Junior's contract renewal.

Aside from the extensions, Real Madrid also offered more money to Benzema. Karim collectively makes around £8 million monthly from his salary and sponsorships.

After his win of the prestigious Ballon d'Or in 2022, Karim has become a hot commodity in the soccer world. As such, many clubs may offer the footballer a better deal. Yet, given Benzema's history with the club, something radical would only be a reason for Karim's departure from the Spanish giant.

Real Madrid and Benzema keep the contract details away from the spotlight.

It's no doubt that Karim Benzema is loyal to his club. And the talented French striker has played for Real Madrid for over a decade. And the Spanish giant is thrilled about their ace in the hole.

And it wasn't a surprise that Real Madrid renewed their contract with Karim. But the football club and Karim refuse to elaborate on the deal. As such, the only thing sure for fans right now is that Benzema will be playing under Real Madrid's banner for one more year.