Loris Benito is a professional football player from Switzerland. Benito plays for Young Boys, with whom he signed a deal on July 4, 2022. His primary position is a left-back, and he can also take the role of Centre-Back or Left Midfield.

Furthermore, Benito plays for Switzerland in the national team making his debut in 2018 for the senior team. He was one of the players of Switzerland who finished in the 4th position in the 2019 UEFA Nations League. Not only that, but he also represented the Swiss national in the UEFA European Championship in 2020.

Benito's Net worth? His salary and contract

Loris Benito has an estimated net worth of $500,000. He earns a good amount of money by playing football professionally. His worth includes all his properties, assets, houses, and cars. 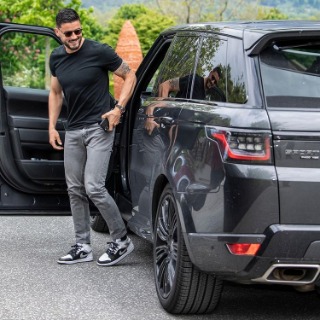 Read also:- How much is Henry's net worth? (Contract and Salary)

His source of income is also from different brand deals.

Currently, he is associated with Young Boys, but the team has not disclosed his earnings yet. Previously, he played for multiple teams with whom he had an amazing deal. According to Transfermrkt, Benito currently has a market value of €800k, while the highest value was €4 million on June 4, 2019.

He is fond of visiting different places and is seen with his sumptuous lifestyle on his Instagram. He owns a black car which he frequently shares on his social media.

There is no information regarding Loris's relationship status, as he has never shared photos with any partners or loved ones. Also, he has never mentioned anyone on his social media.

On October 5, 2018, he posted a photo of himself in which he was seen holding flowers in his hand and captioned, "I'll bring you flowers." But it is not sure to whom he referred as 'YOU. 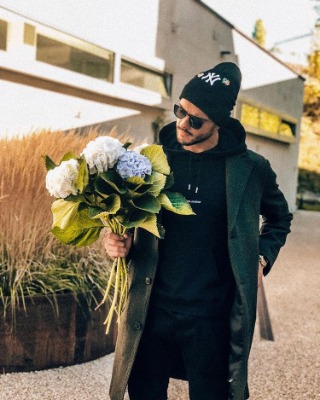 And on another year, in September of 2016, he posted his photo sitting along with his cat and wrote something as a caption. The one thing to notice was that he tagged Bryony with the username @bryonydeery.

And to spice it up, Benito's possible girlfriend also commented, saying, My Boys. So, they might be in relation. But it is still not sure because he has never mentioned her before and after that.

So, currently, Benito is speculated to be single. On the other side, he is a family person who loves spending time with them during his spare time. 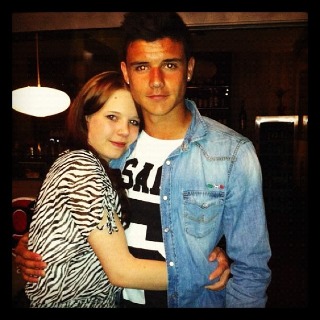 Loris Benito Souto was born on January 7, 1992, in Aarau, Switzerland, and his birth sign is Aquarius. Well, Benito holds Swiss nationality. At the time of this post, the professional footballer has not given much peek into his family background. 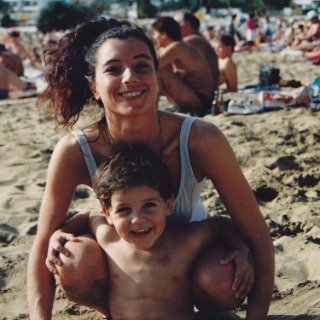 But he is very close with his mom and frequently shares her photo on his Instagram. On different occasions, they are seen together. He wishes her birthday every year of June 26. Benito never shies from appreciating his mom and posts about her. Once he said,

"for what I learned with you, for the love you give me, for the things you taught me since I was born, for what I am thanks to you a happy Mom's day! I love you to the moon and retour"

On the other hand, he is also the nephew of Ivan Benito, a Swiss former professional footballer who played most prominently as a goalkeeper.

A talented footballer from childhood, he joined FC Aarau in 2000 at just eight years old. There he played his youth career for nine years in the youth team. Finally, in 2009, he was promoted to FC Aarau's senior squad.

And now, Benito is also listed in the national team of Switzerland playing in the FIFA World Cup 2022.

How tall is Loris Benito?

Benito is a tall guy with a height of 6 feet 0 inches. He has an average weight of 80 kg.

He represents the Swiss national team and plays in the left-back position.

Transfer and Contract history of Benito

As said earlier, Benito played for different teams. When he left FC Zurich to join Benfica in 2014, Benito received a deal worth €3 million. After that, he moved to BSC Young Boys by taking the same amount, i.e., €3 million. 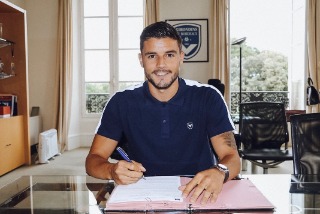 Likewise, Benito has also played for other clubs, including Sion.

Career and Achievements of Benito

Loris Benito has played for several top clubs in different countries and has been successful in winning competitions. 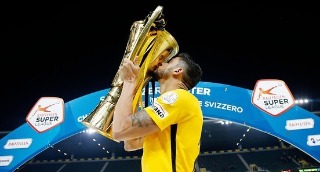 After that, he spent four years in a Swiss club named Young Boys and went on to win the Swiss Super Leagues in the 2017-18 and 2018-19 seasons. Moreover, it is the same club that outscored Manchester United with Ronaldo in it in the 2021-22 UEFA Champions League group stage. Besides, he was also in the squad that beat Cristiano's Juventus in the group stage of the 2018 UCL.

Though Benito did not have a great early career with the Young Boys due to injuries, he played a crucial role in winning the Swiss Super Leagues. And since July 4, 2022, Benito has represented the Young Boys.

Loris is not much active on social media. At the time of this post, Benito does not have an official Instagram account registered under his name.

Meanwhile, we can find multiple fan pages of Benito.