Hunter Henry is a professional football player who is currently playing the National Football League(NFL). He plays in the tight end position for the New England Patriots. Before, he played for Los Angeles Chargers who drafted him in the second round and 35 overall in the 2016 NFL draft. That year, he was the first tight end to be selected.

The Patriot's tight-end player went to play college football at the University of Arkansas where he was named in the Consensus All-American in 2015 and was also awarded the John Mackey Award the same year.  He was also included in the Freshman All-American team in his freshman year in 2013. Before, US Today also named him in the All-American in 2012.

Hunter Henry was born on December 7, 1994, in Little Rock, Arkansas, United States. According to the astrologers, his zodiac sign is Sagittarius. He was the son of his father, Mark Henry, and his mother, Jenny Henry.

His dad Mark was also a professional football player who used to play for Arkansas Razorbacks in the offensive lineman position. 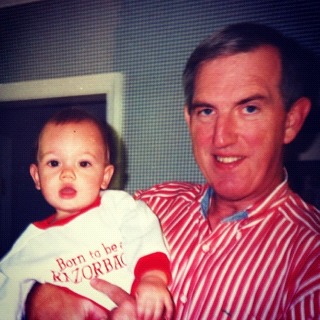 He grew up along with his 3 other siblings and Hayden, Hope and Hudson. His brother Hayden is a senior linebacker at the University of Arkansas. And Hudson is a redshirt sophomore at the same university.

For his education, he went to Pulaski Academy situated in his hometown. During his high school year, he used to play in the offensive tackle and wide receiver position. He was named one of the top recruits in the nation.

He earned his bachelor's degree from the University of Arkansas. He led his team to win back-to-back bowl games in consecutive years.

How much is Henry's net worth? (Contract and Salary)

Henry has an estimated net worth of $20 million. His major source of income is his profession of playing football in the NFL.

As per sportrac, he signed a 3-year contract worth $37 million with New England Patriots in 2021. That will guarantee him $25 million which includes a guaranteed signing bonus of $15 million. The same source claims that previously he signed $6 million for 4 years with the San Diego Chargers from 2016 to 2019. In 2020 he renewed a 1-year contract worth $10 million with the same team.

Relationship Status of Hunter; Who is his wife?

Hunter Henry is currently living happily married with his wife Parker Elizabeth Schmidly. The couple has been married for more than 3 years as of 2021. 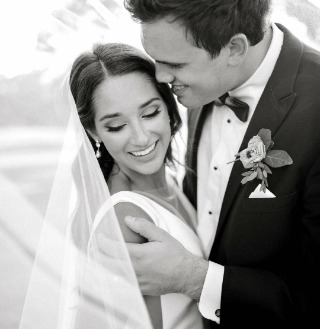 The couple got married on June 30 of 2018 in the presence of their close friends and relatives. Previously they announced that they were expecting a baby in June of 2021.

But recently in December of 2021, Henry posted himself with a baby in his hand which is his son named Ace Henry. "Will never forget the moment I became a dad. Welcome to the team Ace! I didn’t know I could love someone so much! John 15:9"