Takumi Kanaya is a professional golf player from Japan who currently competes in various domestic and international golf tournaments including the Japan Golf Tour, European Tour and others. As of 2021, his highest ranking is 49 in golf. Despite being an amateur, he won the 2019 Japan Golf Tour.

Previously, he was able to secure the Number 1 rank in the World Amateur Golf Ranking. He holded it for 55 weeks. He won the 2018 Asia-Pacific Amateur Championship and also Japan Amateur Championship in 2015. Besides, he is also the gold medalist of the 2018 Asian Games held in Jakarta-Palembang. Also, he won the 2017 Summer Universiade gold medal in Men's team in 2017.

Who is Japanese young golfer Kanaya?

Takumi Kanaya was born on 23 May 1998, in Kure, Hiroshima, Japan. According to the astrologers, her zodiac sign is Virgo. He does not come from a well-known family and information regarding his father and mother is still unknown. 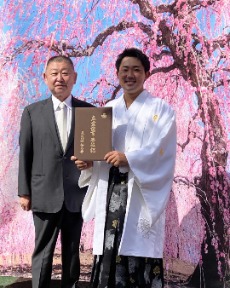 Takumi Kanaya in his graduation from college SOURCE: [email protected]

But according to his interview with PGATour, he started playing golf at the early age of five. He was inspired by his parents and his golf idol is Tiger Woods. He said,

"I grew up watching Tiger Woods play and it was natural to be aspired. I loved sports in general but golf was always at the center and I decided to pursue my career in golf at junior high school."

Takumi's Net Worth, Earnings, and Sponsor

The net worth of Takumi is estimated to be $300,000 approximately. However, there is no information or source to claim the exact worth. His major source of income is from participating in different golf tournaments and securing the top position in it. He has already won various titles at just 23 years of age and the prizes that come with it.

This includes all of his assets, monetary values, properties, and earnings. She also earns from sponsorship deals with various brands. 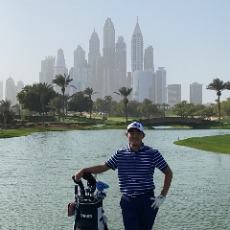 Read also:- What is the Net worth of Chase Claypool? (Contract and Salary)

He has also signed a quasi affiliation contract with Sompo Himawari Life, a health-supporting company. He announced the partnership on his Instagram on August 20, 2020.

The Japanese golfer is also involved in different charities for special purposes. On November 2, 2020, he posted an Insta post announcing his ZOZO Champ charity. He posted,

"The other day, the charity goods lottery sale of @zozochamp who participated has started. Autographed goods of the participating players are on sale, so please take a look! I also put up a ball and a cap. The donations collected at this charity will be donated to the development of people affected by the new coronavirus and junior golfers."

The 2018 Asia-Pacific Amateur Champ lives a moderate lifestyle In Japan.

Who is Takumi Kanaya dating? (Girlfriend and Relationship)

There is no information reported regarding Kanaya's relationship status as he has never shared photos with any partners or love. Also, he has never mentioned anyone on his social media. 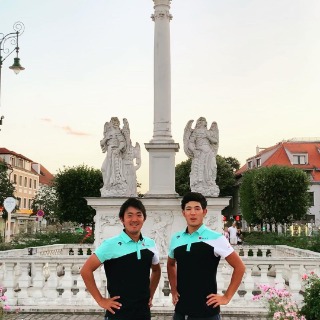 The gold medalist of the 2018 Asian Games is early in his career and must be focusing on building the career rather than spending time with any girls.

It seems the Japanese champ is living and enjoying the single life.