Paul Baysse is a professional football player from France and currently plays in the French top league, Ligue 1. He plays in the defender position for Bordeaux and has been playing for them since 2018. Before joining Bordeaux, he used to play for Malaga and Nice. He wears the Number 24 jersey for his team.

He has never played for the France senior national team which has full of stars. But he has previously played in the Under 20 and Under 21 teams of France It was in 2010 and 2011 respectively.

Who is Paul? His personal information, family and early career

Paul Adrien Baysse, famously known as Paul Baysse was born on May 18, 1988, in Talence, France. According to astrologers, his birth sign is Taurus. 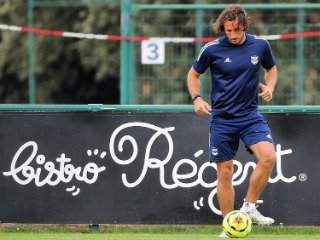 He has never shared any information about his parents till now. So, his father's and mother's name is still unknown to his fans.

There is also no info about his siblings.

The Bordeaux's defender started playing football with the youth team of AS Saint-Aubin de Medoc. It was in 2000 when Bordeaux recruited him in their youths team.

Later in 2007, he was promoted to their senior team. Since then he has played for different teams including Sedan, Brest and Saint Etienne before moving to Nice in 2016.

He has also played in Spain for Malaga before coming back to his former club Bordeaux in 2018.

Bysse's height and weight || How tall is he?

His weight is around 84 kg and has short black hair. He also has a well-trimmed beard.

Rui's Net worth || His market value, salary and Contracts

As per Capology, Paul has an estimated net worth of more than $1.3 million. It includes all of his assets, cars, houses, properties, earnings and others.

His major source of earning is from playing football at different top teams.

Salary and Contract with Bordeaux 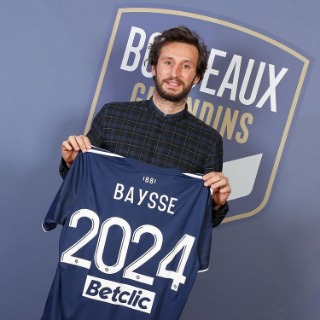 Is P Baysse dating anyone?

Paul Baysse is a very secret person who has never shared his relationship status with the public. 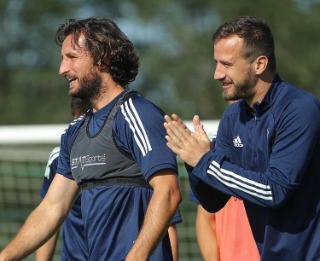 He likes to have his love and romance behind the camera. He has never mentioned his partners on his social media too. So, it is hard to predict whether he is dating anyone or not.

Rui is also an active social media user and his Instagram username is @paul.baysse where he has more than 6,000 followers.

He mostly shares about his games and training on his Insta.