Damien Lewis is a professional footballer player currently playing in the National Football League (NFL). He plays in the offensive guard position for the Seattle Seahawks. Seahawks selected him in the third round and 69 overall in the 2020 NFL Draft. After his impressive performance in his rookie year, he was included in the PFWA(Pro Football Writers Association)'s rookie team.

He played his college football at Louisiana State University and was named in the Second Team All-Southeastern Conference. He started all 15 games in his senior year and also won the National Championship in 2020. Ultimately, he was named in the 2020 NFL Draft.

Damien Stephon Lewis was born on March 21, 1997, in Canton, Mississippi, United States, and his birth sign is Aquarius. His father's name is Damien Dozier who was behind the bars during his early years.  His mother's name is Stacey Lewis. 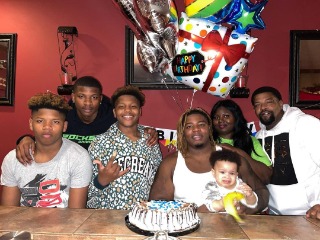 He was very close to his grandmother who died in January of 2021. In her memory, he wrote a long post appreciating her and dedicated the season 2021 to her. He wrote,

"Grandma if I knew this was my last time holding you, I would’ve been right there beside you. I’m hurting right now without you ma. I know things will get better now because you’re watching over us. "

He grew up along with his 3 other siblings in Biloxi. He is American by nationality and his ethnicity is Black.

Damien attended Canton High School where he played as an offensive guard.

Read also:- Who is Kayvon? Family and Early Life

With his heavy body, the CFP National Champion winning guard has been able to impress despite the fact that he received an offer for college.

Net Worth and Career Earnings of Damien Lewis

According to various sources, Damien Lewis has an estimated net worth of $1 million. He earned most of his income from playing football with the NFL team Seattle. 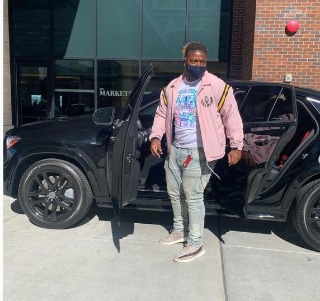 The highest-earning Seahawks player is their quarterback Russel Wilson who has a base salary of $19 million and also received a signing bonus of $13 million.

The relationship status of Damien

Damien Lewis is currently having a romantic relationship with his girlfriend Savannah Sledd.  The couple has been together for more than 2 years and has been living together.

In 2020, Damien honored his girlfriend's father Andrew Sledd by putting the name Andrew Sledd in his helmet after getting approval from NFL. 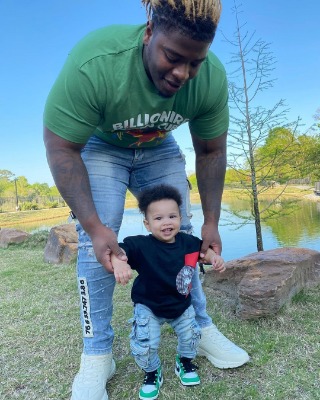 Read also;- Where are Sean Taylor's girlfriend and daughter in 2021?

Damien and his future wife Savannah have a son named Damien Stephn Lewis Jr. He was born in March of 2020.

Despite the NFL offensive guard, Damien being a close person, he doesn't miss a chance to share a glimpse of his son's photos on his Instagram.