Lisa Trede is a German equestrian who limits herself to playing at the national levels. Lisa is better known as the wife of a famous German professional footballer who plays for Bundesliga club Bayern Munich and the German national team, Thomas Muller. The duo has been married for more than ten years.

Lisa Trede celebrates her birthday on October 13. She is believed to be born in 1989 in Germany. Trede is yet to share a word about her parents and her early life with the media. Lisa holds German nationality and is of mixed descent. Talking about her physical appearance, Trede stands five feet and eight inches tall and weighs 60 kg.

Lisa walked down her wedding aisle along with Thomas Muller in December 2009. they had been dating for several years before tying their wedding knot. Thomas Muller's wife Lisa was initially the long-time girlfriend of the star footballer, and the two were engaged for two years before eventually tying the knot. None of them were in the limelight at the time of their wedding, so much about their marriage is still under the radar. 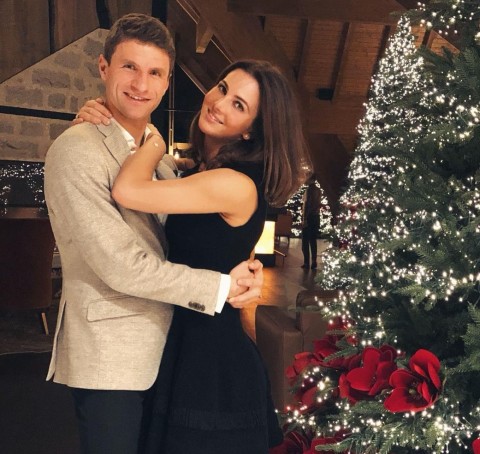 Although It's been more than a decade since their marriage, they are yet to add a new member to their family. They got married while in an early age but have not welcomed a child yet. Both of them have not shared a word about expecting a child soon as both are at the peak of their career and must be focusing on their career rather than starting a family together.

Both of them are active social media users and keep sharing numerous pictures of their vacations and trips. They live a happy married life, and there has been no rumor of the couple having ups and downs in their married life.

Know About Net Worth, Earnings, and Salary

Lisa Trede has an estimated net worth of more than $100,000. She is a semi-professional equestrian. Trede has been working as the equestrian for some time and has won numerous state-level and national-level tournaments. Lisa is enjoying the fullest of her husband's successful career. 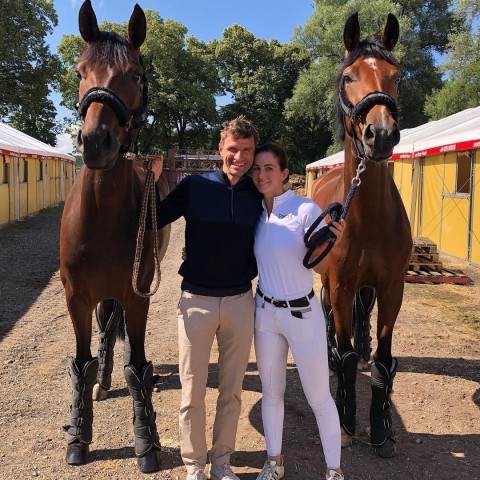 Thomas Muller has an estimated net worth of more than $100 Million. He is among the highest-paid players currently playing in the Bundesliga, Robert Lewandowski and Erling Halland. In 2020, Muller had an annual salary of more than $15 Million. Also, Muller has a sponsorship deal with Adidas, Gillette, Proctor & Gamble, Volkswagen, Weber-Stephen, Barilla, and Rewe,

Thomas started playing football for the Youth team of TSV Pahl from the age of four. He joined Bayern Munich in 2000 and made his senior debut in 2008. Since then. Muller has appeared in 386  games for the Bayern Munich senior team and scored 130 goals. Muller is the most decorated German footballer in history, with 29 trophies, surpassing Bastian Schweinsteiger's 26. In 2021, Thomas extended his contract until 2023.

Thomas is part of the 2014 World Cup-winning team along with Mesut Ozil. He won the Best Young Player of the tournament and won the Golden Boot as the tournament's top scorer in 2014, and won silver ball and boot in 2014 for the performance.