Leroy Sane is a German professional football player who is currently playing as a winger for the Bundesliga club, Bayern Munich, and the Germany national team. He was voted PFA Young Player of the Year in 2017–18 after helping City win the Premier League and EFL Cup.

Sane is currently highlighted after a source leaked the news that the German club is targeting him presenting a £90 million transfer bid.

Personal Life of Leroy Sane; Who is his Girlfriend?

Leroy Sane, 26, Sane is neither married nor engaged. He is currently dating R&B singer Candice Brook, who is known to be the ex-girlfriend of Chris Brown. Sane has posted a picture of him cuddling with his girlfriend captioned "couple goals" on his official Instagram account. 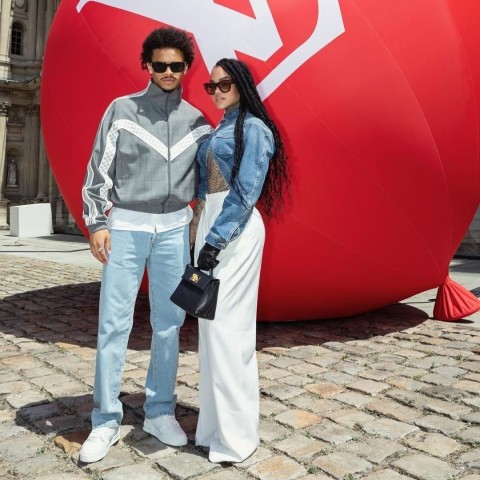 Leroy shares a photo with his girlfriend SOURCE: [email protected]

Moreover, the couple is the parents of a cute daughter named Rio Stella who was born on September 2018. Besides, Candice is also the mother of her son Tobias from her previous relationship. In early 2020, The duo opened up about expecting their second child, together. They were blessed with a son, Milo in June 2020.

His girlfriend Candice is also famous for her high-profile relationships, as well as for her resemblance to singer Rihanna. She has also been linked to French Montana, Nicki Minaj’s ex-Safaree Samuels, and NBA player, Andre Drummond.

Net Worth and Salary of Leroy Sane in 2022 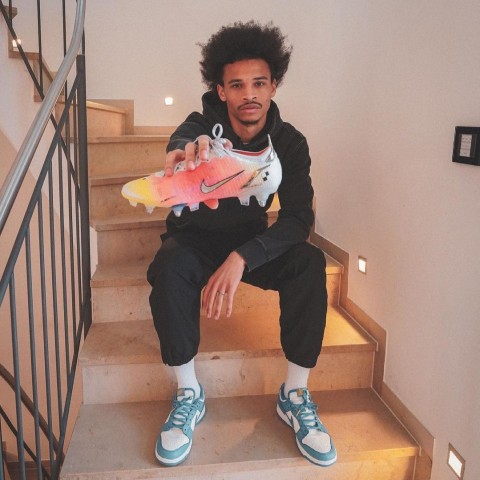 Leroy has a sponsorship deal with Nike SOURCE: [email protected]

While playing with City, His weekly wage was reported to be £60,000 while the highest-paid player on the team Sergio Aguero earned £230,000 in a week. In 2020, Sane moved to Germany and signed a five-year deal for an initial €45 million with add-ons rising to a potential €60 million contract.

Apart from his earnings from his club, he too earns certain amounts through his endorsements with Apple, Brats, Mercedes, and Adidas. His recent market value is recorded to be $96 million.

Leroy Sane was born as Leroy Aziz Sane on 11 January 1996, in Essen, Germany. He was born to German parents, Souleyman Sane and Regina Webber along with his siblings Kim Sane and Sidi Sane.

He joined the youth team of SG Wattenscheid 09, for which his father played early in his career.

Sane signed a three-year professional contract with Schalke on 21 March 2014 and made his Bundesliga debut on 20 April 2014 in a match against VfB Stuttgart. He was in the club for two successful seasons appearing in 47 games and scoring 11 goals.

He further joined Premier League club Manchester City, signing a five-year deal on 2 August 2016. He made his debut in a 1–2 win, in the Manchester derby, on 10 September 2016. His first goal for City came in a 2–1 win against Arsenal at home in the Premier League.

He further scored against Tottenham in a 2–2 draw at the City of Manchester Stadium. He was voted the PFA Young Player of the Year for his part in Manchester City's title win beating out teammates Raheem Sterling and Ederson Moraes as well as Harry Kane.

He was first called up to the Germany U21 team by youth coach Horst Hrubesch on 28 August 2015. He made his senior team debut on 6 November 2015 in a friendly against France. Sane was left out from Germany's final 23-man squad for the 2018 FIFA World Cup on 4 June 2018.