Abdul-Bari "Barry" Awad is a British professional boxer who held the IBF featherweight title. Abdul is popularly known by his ring name "Kid Galahad" which his trainer Brenden Ingle chose, the British boxer was banned from boxing due to the use of drugs during matches.

Galahad was born on 3rd March 1990 in Doha, Qatar, but he is originally from Yemen, where he grew up with his parents. After his release, his father was a Qatar Armed Forces. The family moved to Liverpool, England.

Galahad spent his childhood in Sheffield, Britain, where he got to know boxing. The British professional boxer was a strong and determined kid since his childhood and loves boxing.

At thirteen, Galahad took up boxing with trainer Brenden Ingle who gave him the ring name "Kid Galahad." Galahad put himself in jail for being involved in gang violence which made him change his decision for life. 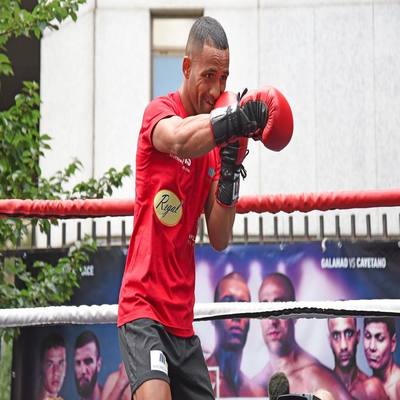 The British boxer decided to get purely in boxing after the incident. Galahad gets to meet his idol Prince Naseem Hamed who encourages him to get into boxing. IBF featherweight titleholder made professional debut in 2009 with a win. 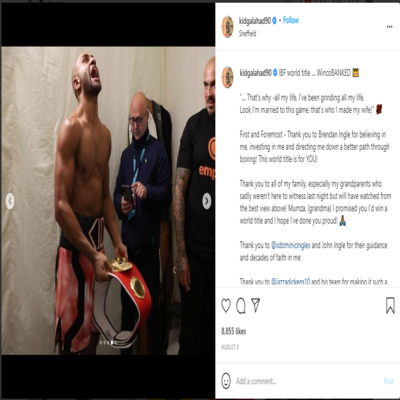 Galahad tried to prove innocence by blaming that his brother put the steroids in the protein shake but was rejected and made his return in 2016. A year after, the British boxer won the IBF Inter-Continental featherweight title.

The IBF featherweight titleholder has 28 wins and only 2 losses to date, where 17 were by knockout and 11 were by decision.

How much is Kid Galahad's Net worth?

Galahad is one of the successful and richest boxers; As the IBF featherweight titleholder started his career at a young age and participated in a lot of competitions, it can be expected he has collected some good fortunes to date. 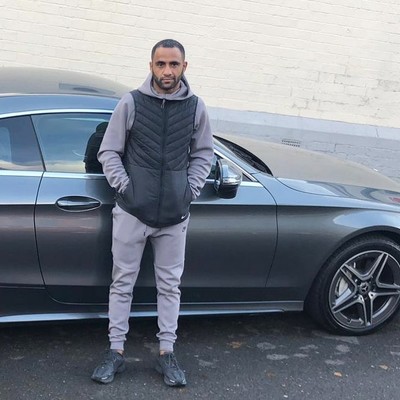 Galahad enjoys a luxurious life, and he had successful years back then. There is more to come for this hardworking gentleman. The IBF featherweight titleholder has a net worth of $1-$5 million approximately.

Who is Kid Galahad dating?

The IBF boxer is single as judging from his statement, he has focused on his career and dreams of being a world champion, as his trainer Brenden Ingle told.

In one interview, the Galahad said:

I've got no kids, no girlfriend, no social life-just boxing'

Galahad is attached to professional life rather than love life; there is not much information about his previous relationship. But who knows, he might get surprises in these coming years. For now, The IBF featherweight titleholder is single.

The British boxer is active on Instagram and has 55.7K followers, and it goes by kidgalahad90.