Natalia Loewe is famous as a stunning wife of a Brazilian professional footballer, Alisson Becker who currently plays as a goalkeeper for Brazil national football team and Liverpool. Loewe was spotted with her daughter cheering her spouse standing in the stands during Brazil Vs Belgium game at the World Cup 2018.

They became parents for the first time with the birth of child Helena on 29th April 2017. From a busy schedule, Becker spends quality time with his family.

There aren't exact details about Natália Loewe's profession, thus, it hard to assume her net worth and salary whereas her husband Alisson's net worth is reported to be around $8 million as of 2019. Moreover, her husband, Allison currently plays for the famous club Liverpool through which he earns $5,835,492 as an annual average salary.

Natalia and met her future husband, Alisson when they were teenagers and started dating while in high school. After dating for around three years, they decided to formalize their relationship and on June 22, 2015, they tied the knot in a private ceremony.

Looking at her Instagram, the couple seems very open and comfortable in their relationship. On December 15, 2016, the duo announced the pregnancy via Instagram, with the gender of the baby.

Dating since 2012 and they welcomed their first child named Helena on 29 April 2017, and both regularly post adorable images with the beautiful baby girl on social media. Later, the couple welcomed their second child, a son named Matteo on June 14, 2019. 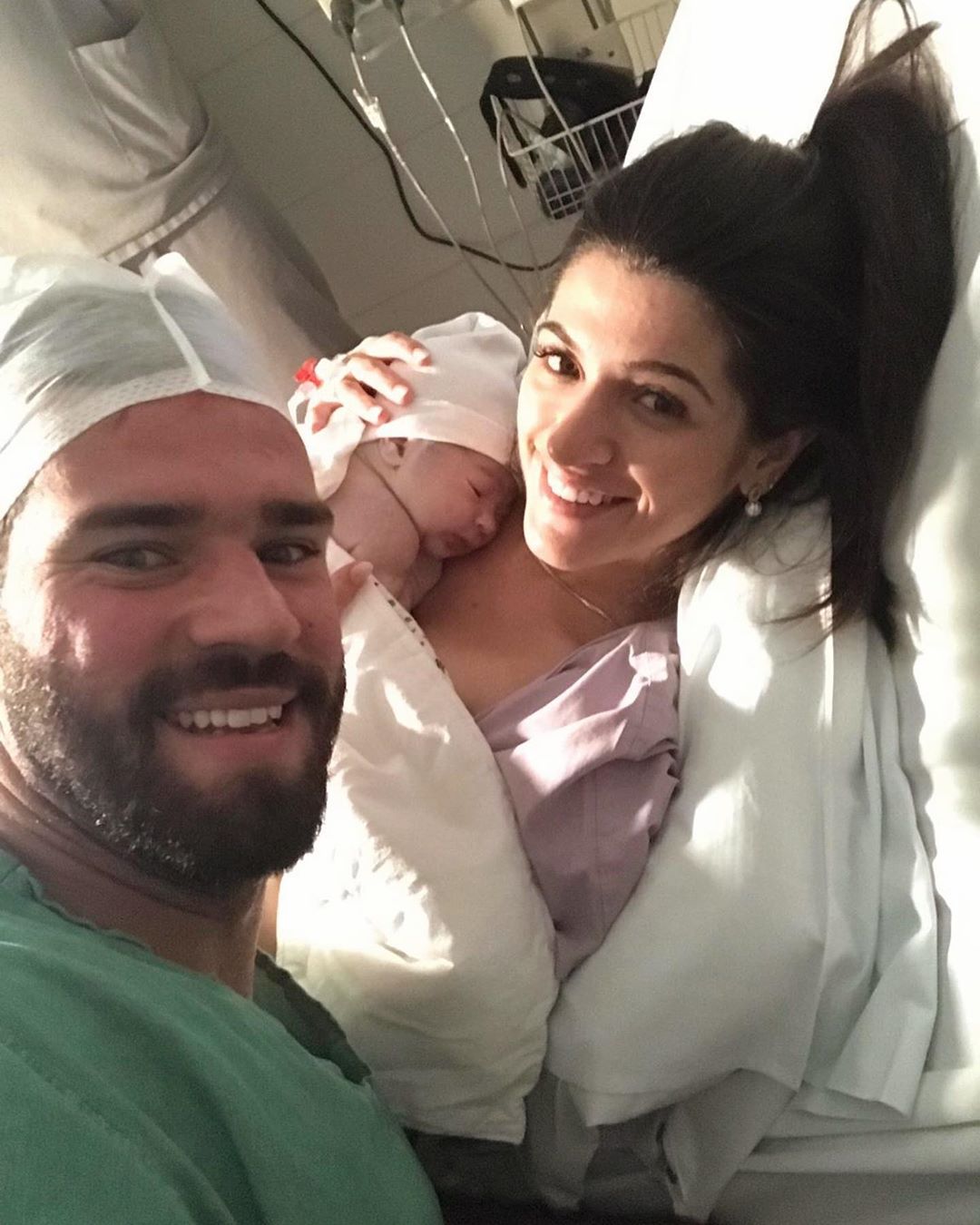 Natália Loewe with her husband and son
SOURCE: Instagram

With her daughter Helena, Natalia enjoyed plenty of time in the spotlight during the World Cup, sharing numerous snaps of the little girl decked out in an array of Brazil-themed ensembles both on and off the pitch.

Till date, the couple is far from the rumors of disputes or divorce, and is reportedly living a blissful life together in Italy.

Natalia Loewe was born in Porto Alegre, Brazil. Reviewing her nationality, Loewe is Brazilian and belongs to mixed ethnicity. The detail about her professional life isn't revealed yet. According to online sources,  Alisson 's wife is reported to be a medical doctor.