Tim Tebow was born Timothy Richard Tebow on August 14, 1987, in Makati, Philippines. Tim is among the five children born to Pamela Elaine and her husband, Ramsay Tebow II. Both of his parents served as Baptist missionaries. They met each other while attending the University of Florida. Tim was homeschooled and began his high school football career as a tight end for Trinity Christian Academy in Jacksonville. Tim weighs six feet and three inches tall and weighs 111 kg.

Tim Tebow was an estimated net worth of more than $5 Million. Tim started his career as an NFL player for Denver Broncos. He signed a five-year contract with the Broncos that had a base value of $11.25 million. The agreement included $8.7 million guaranteed.  He took home $1.7 Million in the first year of his contract and earned $6.8 Million in the following year. 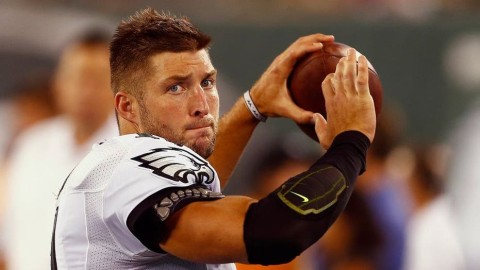 Tim played in the NFL for more than three seasons SOURCE: The Mercury News

In 2012, Tim moved to New York Jets and took home $1.1 Million from the contract. After taking a break from NFL for some years, Tebow joined MLB and played for few years. He has not shared a word about his contract with the public.

Tim is married to his longtime girlfriend, Demi-Leigh Nel-Peters. The love birds tied their wedding knot in January 2021. They had been dating each other for some time before their marriage. Demi is a South African model and beauty queen who was crowned Miss Universe 2017. Both of them are active social media users and keep sharing each other's photos regularly. 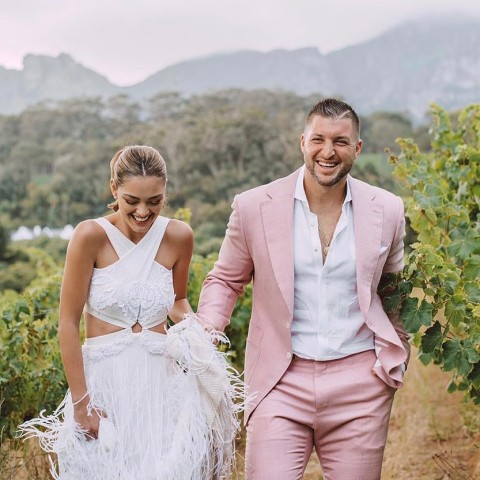 Tim is not only famous for his career but also well-known for his relationship history. Tim started dating Kaylee Hartung in his early days. Nothing much about his first official girlfriend is shared with the media. In 2012, Tebow found love with Carmilla Bella and dated until 2015.  In November 2015, Tim started dating Olivia Culpo.

Career In NFL and MLB

Tim joined the University of Florida and played for the University team. He won more than a dozen of awards during his University career. In the 2010 NFL draft, Denver Broncos drafted him in the first round 925th overall). He set an NFL Draft record for jersey sales and continued to have the top-selling jersey through the 2010 season. Tebow had a good season in 2011, but his fumbles created uncertainty about his future.

In 2012, New York Jets traded him for Peyton Manning. In his first season, Tim suffered two broken ribs in a game against the Seahawks. In 2013, the Jets released him. Patriots signed him for two years but did not play in many matches. At the end of the season, He started working as a broadcaster for SEC Network. In 2015, the Eagles signed him for a year contract and played four games.

After having many ups and downs from the game, Tim signed a minor league contract with New York Mets. He did not play for the First team and spend his time with the minor league. In February 2021, Tebow announced his retirement from professional baseball and requested a workout with the Jacksonville Jaguars as a tight end.