Katie Goodland was born on January 21, 1993, in London, England. Information about her early life and her parents is still under the radar. Katie graduated from Chingford Foundation School. Goodland holds a white ethnicity and holds British nationality.

Katie and Harry are High School sweethearts. Since childhood, they have known each other and have been together in ups and downs. Harry opened up about his relationship with Katie in February 2015. Although, Goodland was already photographed numerous times by the media personnel. Harry and Katie both were part of the sports team and were photographed together with David Beckham in 2005. 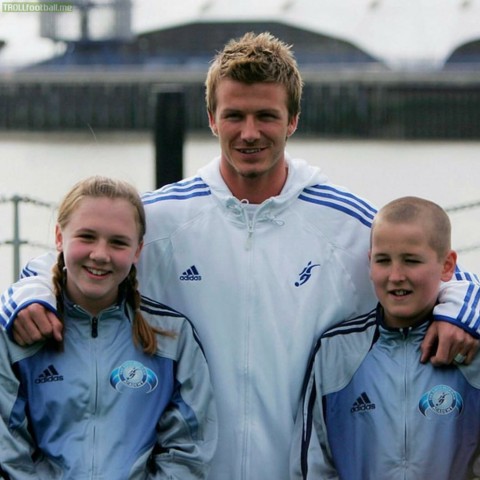 Katie and Harry, along with David Beckham, at an event SOURCE: [email protected]/R Football

Harry and Katie started dating in 2011 and got engaged in July 2017 in the Bahamas. Kane shared the happy news through a post on his Twitter handle. In late 2016, The duo opened up about expecting a baby shortly. In January 2017, The love birds welcomed their first child, Ivy Jane Kane. In August 2018, The family of three extended to four after welcoming their second daughter, Vivienne Jane Kane.

In June 2019, The love birds walked down their wedding aisle at a private wedding ceremony. Harry initially posted two sweet pictures from the big day, one close-up shot showing him kissing her on the forehead and the other showing him holding her in his arms, with the sea in the background. In December 2020, Harry and Katie were blessed with their first son, Louis Harry Kane. The family of five is living a happy married life. Katie along with Harry and their two daughters after the football game SOURCE: Getty Images

Goodland remains at home looking after their three kids. They often appear in Kane's games for his club and country. It's been more than a decade since they have been in a relationship, and they have been married for three years; there have not been rumours of the couple having ups and downs in their married life.

Katie spends most of her time with her children and is not active economically. She spends a lavish life through her husband's successful career. Harry Kane has an estimated net worth of more than $30 Million. He is among the best-striker currently playing in the Premier League. As per sources, Kane has a weekly wage of £200,000. 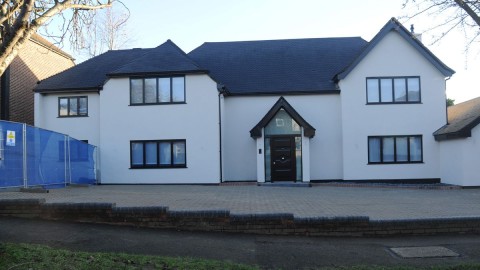 Katie and her family have lived in the house since 2015 SOURCE: MIrror Co Uk

Harry is making £10,400,000 as his annual salary. He signed a six-year / £62,400,000 contract with the Tottenham Hotspur F.C in the 2018/19 season. Kane owns a $20 Million Mansion in England, which he rents for £15,000 per week. The English player must be receiving more than six-figure as his salary from his national team and a handsome amount through his sponsorship and advertising deals.