Kate Lynne Bock is a Canadian model entertainer popularly known for her appearances in the Sports Illustrated Swimsuit Issue since 2013. Kate is engaged to the NBA basketball player Kevin Love on 31st January 2021, with whom she has dated for the past 5 years. The Canadian model is also popularly known as the girlfriend of Kevin Love and has been named Sports Rookie of the Year in 2013.

Kate grew up in Vancouver, Canada, where she attended the West Vancouver Secondary School with her brother and sister. Later, the family decided to move to Paris, where she started her career.

The Canadian model was passionate about modeling from a young age. Kate was found at an early age at the pool, where she discovered her modeling field and later moved to Paris after her graduation. After years in France, the Canadian model had been fluent in french. 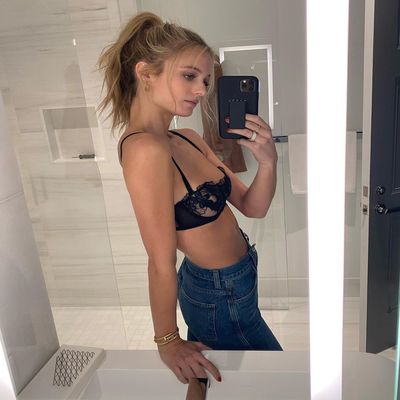 Since starting her career from a young age, we can say that Kate's career started from a swimming pool where she had participated as a swimmer. Scout Liz Bell approached the Canadian model. Seeing her beauty and flawless body, Kate started working with the clothing brand and mall fashion shows.

After Kate's starting phases in modeling, the Canadian model started working with multiple magazines, publications, brands, ads, and several fashion shows. Kate is popularly known for her appearance in the Sports Illustrated Swimsuit Issue, where she has been modeling with different swimsuits. 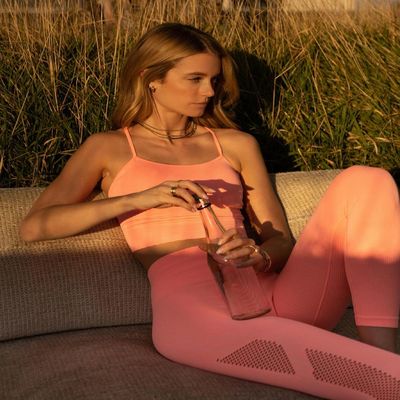 The Canadian model has been seen with Jay-Z in concert five times, has a big crush on Taylor Kitsch and Taylor Swift, and has been named Sports Rookie of the Year in 2013.

Kate is a beautiful girl with a flawless body. The Canadian model popularly known as the girlfriend of Kevin Love stands 5ft 9 inches tall, weighing 55Kg. Kate has Blue eyes with Blonde hair.

How does Kate Bock maintain her Physics?

Who is Kate Bock dating?

Aside from her professional life as modeling, Kate is dating Kevin Love, one of the successful and richest NBA basketball players. The couple had dated for 5 years, and finally, the NBA player proposed to Kate on her birthday on 31st January.

The Canadian model and Kevin met each other after getting help from Kevin's photographer in 2016. The couple got engaged in 2021 on 31st January, and their marriage date has not been fixed. After getting proposed by her boyfriend Kevin, Kate added on Instagram saying.

"Indeed, this was the best birthday shock I might have envisioned at any point ever,” Kate wrote on her social media. “I was unable to be more joyful to have been approached to be a Love by my affection." The couple has been spending most of their time visiting several places and voyaging with each other. Kevin Love is a professional basketball player for the Cleveland Cavaliers of the NBA. Though thier busy schedule, the couple has always been maintaining thier time for each other. The couple was spotted in an advert for the "Banana Republic Clothing Line."

There is more to come for this beautiful couple. The couple might get married in the upcoming years. The couple has always been lovers of dogs. Kate has a dog named Vestry, whom they spent their time with. The Canadian model is not that open about her private life regarding her family matters.

There is not much information about Kate's past relations. It remains a mystery as it has been to date.

How much is Kate Bock's Net worth?

Kate has been one of the successful and richest Canadian models in her Prime, She had started her from a young age, and there is more to come for her. The Canadian model Kate was recognized in a swimming pool. We can expect she has collected a good amount of fortunes to date.

Kate has always prioritized her career from everything. The Canadian model has broken the records held by Irina Shayk, Elle Macpherson, and Anne V for appearing in the Sports Illustrated back to back yearly. Kevin Love's girlfriend Kate has her primary source of income being a model, showing up in different magazines and fashion shows might have led the Canadian model to have some good networth. Kate has endorsed Elite Model Management NY and Victoria's Secret.

The richest Canadian model has a  networth of $2 million, and there is more to come for her in the upcoming year; she also gets $500-$3000 yearly compensation. The Canadian model has been linked with the brand name Cattura Jewelry.

Kate is active on social media and is a popular one too. Several people have loved the Canadian model. Kate has always been a fan of fashion and modeling. Her Instagram is filled with pictures of her on several modeling platforms.